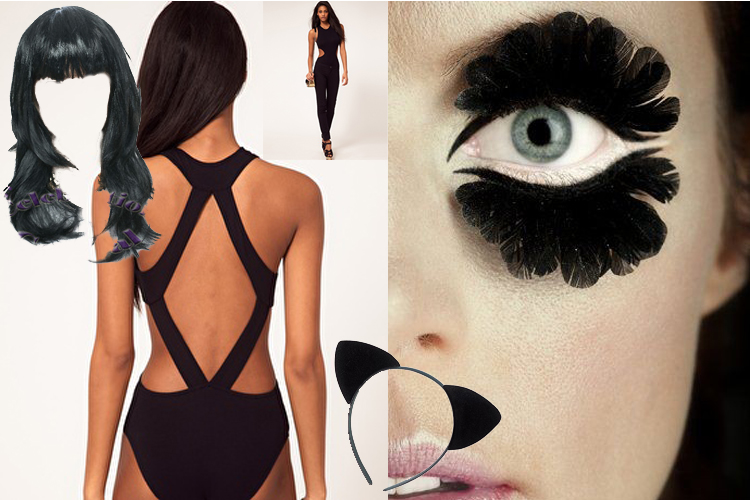 After hours of searching online for a halloween idea, I first decided I wanted to buy a wig. I went with this black wig from eBay. There are so many different ones to choose from. I could of got a better on if I didn’t have to choose one from the UK, so that it is here by next week. It was a choice between red or black.

I have wanted a bodie for ages. I bought a full length one of ASOS but a size 8 was to big, so I have opted for this one and will wear it with my H&M leather imitated panel leggings.

I found these cool eyelashes on eBay as well. I won’t wear them on the lower just on the top. Along with cat ears to top the look of.

I remember last year like it was last month. I become very nostalgic at times like this.

Im not even 100% on my plans for Halloween. Me and Aaron may be going to fright night with the house mates but even if we don’t we will be going out for drinks. Either way dressing up will be involved.

What are your ideas? Is anyone being really creative?