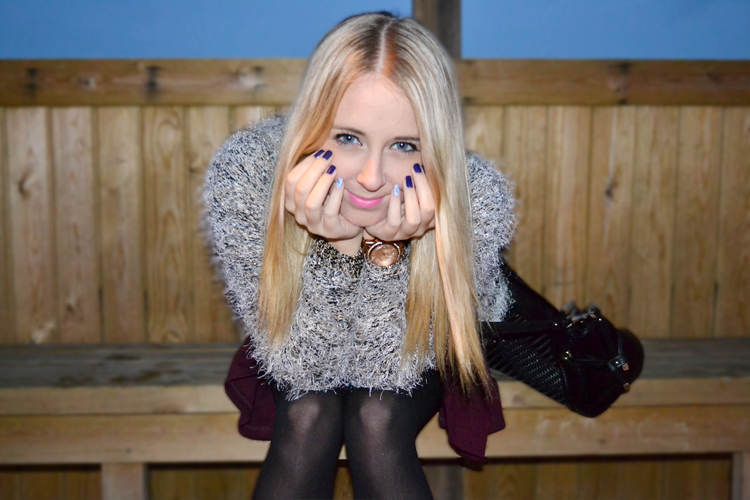 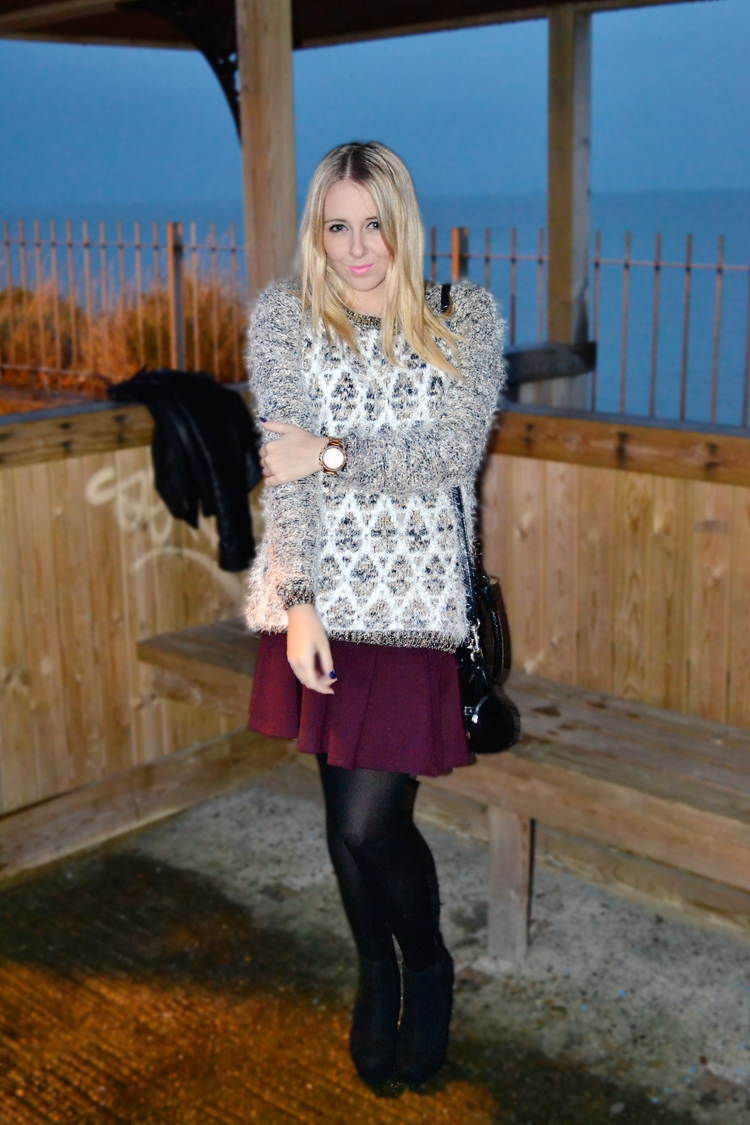 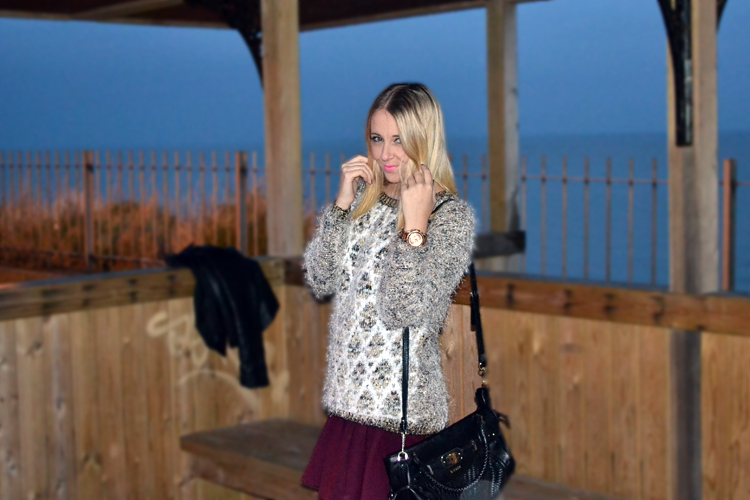 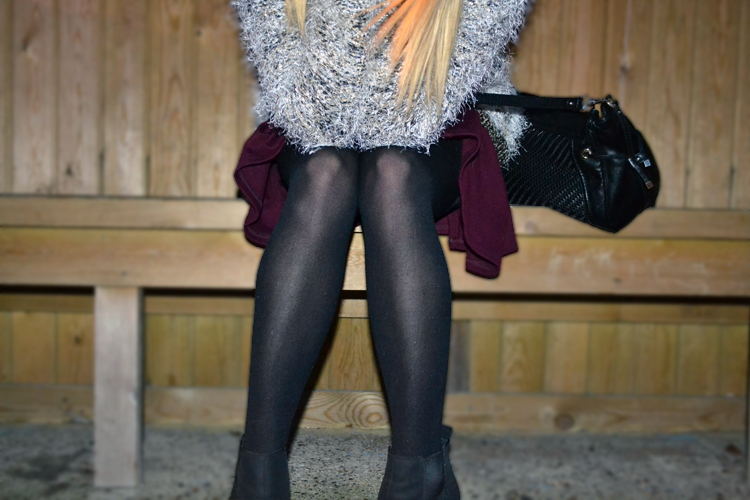 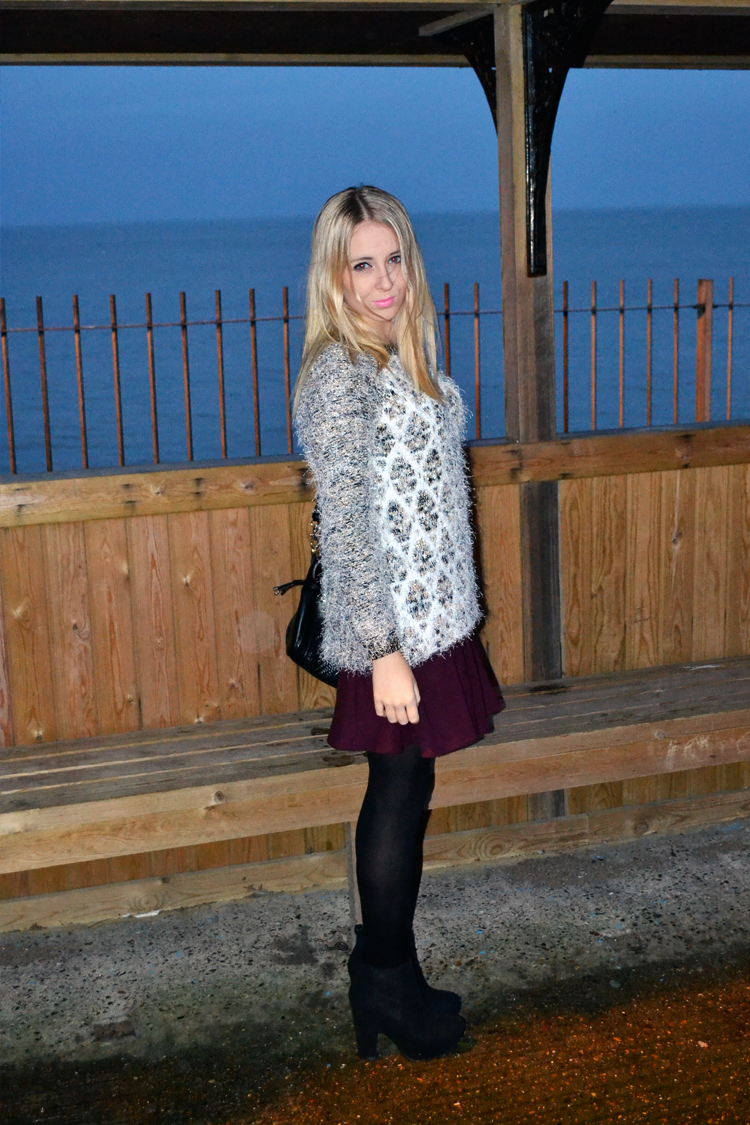 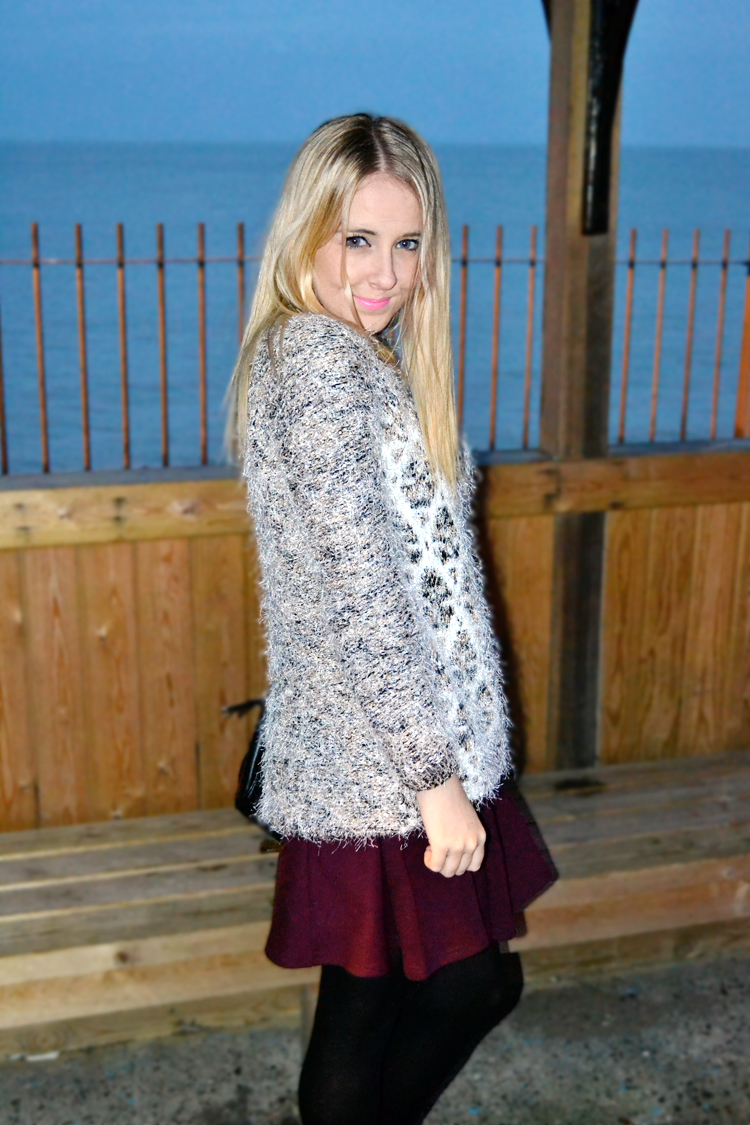 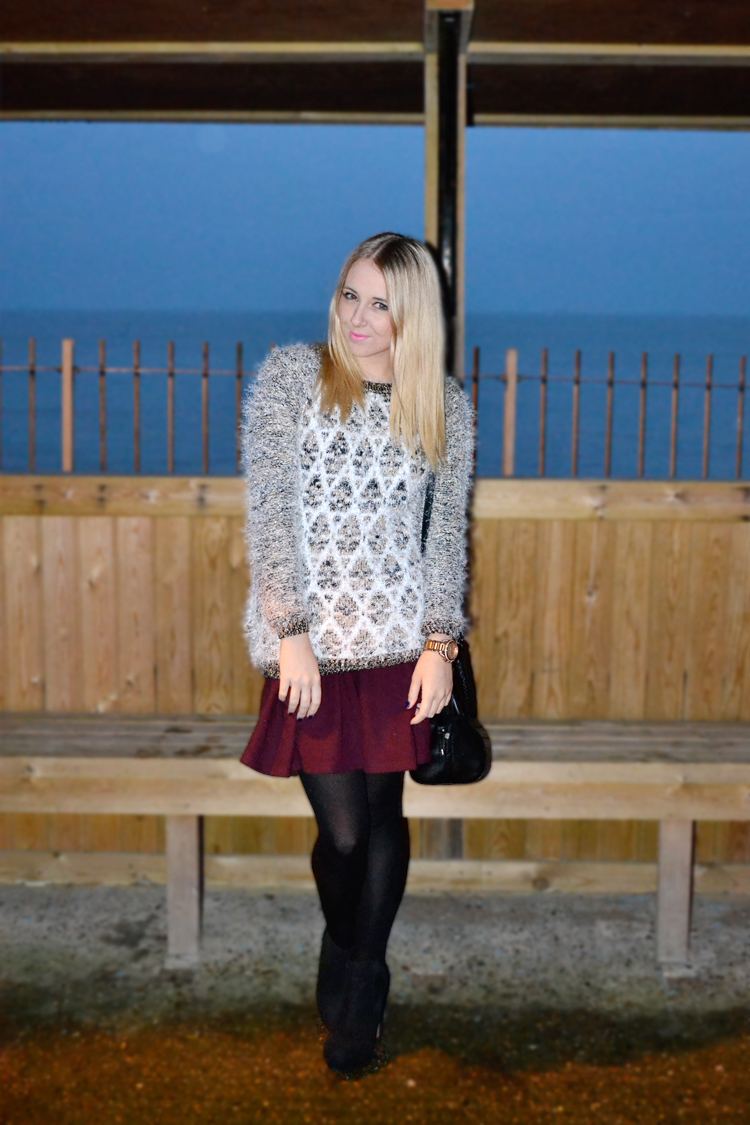 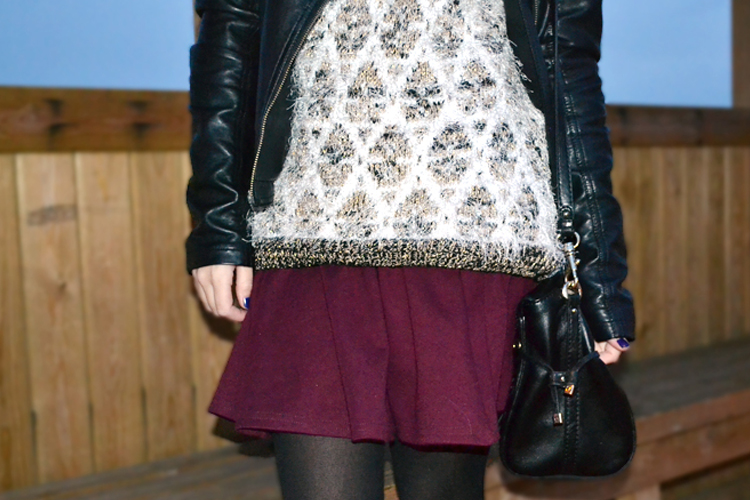 River Island outfit it seems. These were the two pieces I chose for work wear. This Autumn / Winter I have become obsessed with fluffy jumpers. I just know my wardrobe is going to be packed with them. They are cute, warm and so cosy… Not itchy at all, like I expected. I got a size 6 in this jumper but I wish now I chosen an 8 just so it was a little longer on the arms.

Its that time of year when it gets to 4pm, its dark and you still need to take your photos. And then its raining as well. So we headed down to the cliff tops to snap a few photos in the dark rain before it was to late.

Im back at home this week, hence the lack of posting. Enjoying my last few days with Aaron and my family before I head back to Epsom. Last week was lovely and went so quick. I didn’t get a chance to blog as two of the days I spent in Halloween costume.

If you follow me on twitter you will have seen that ASOS used one of my previous photos as their editors pick of the day. I feel like the blog is going from strength to strength, especially after some of the emails I received today, which I can’t talk to much about.