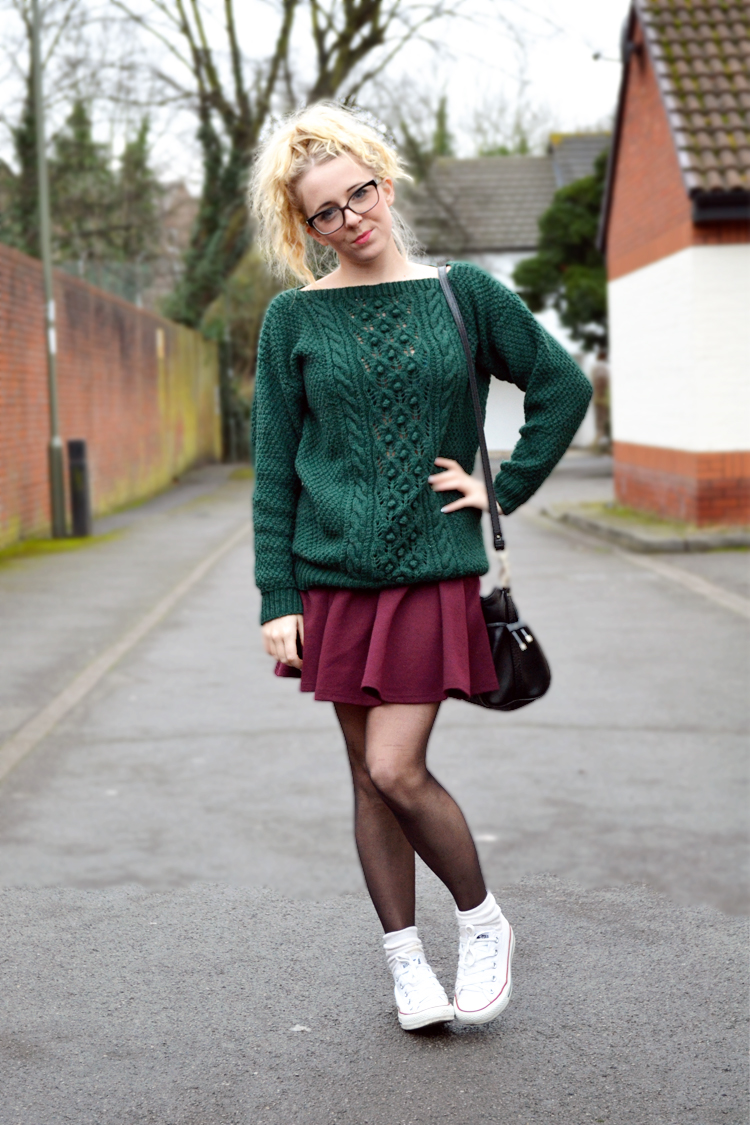 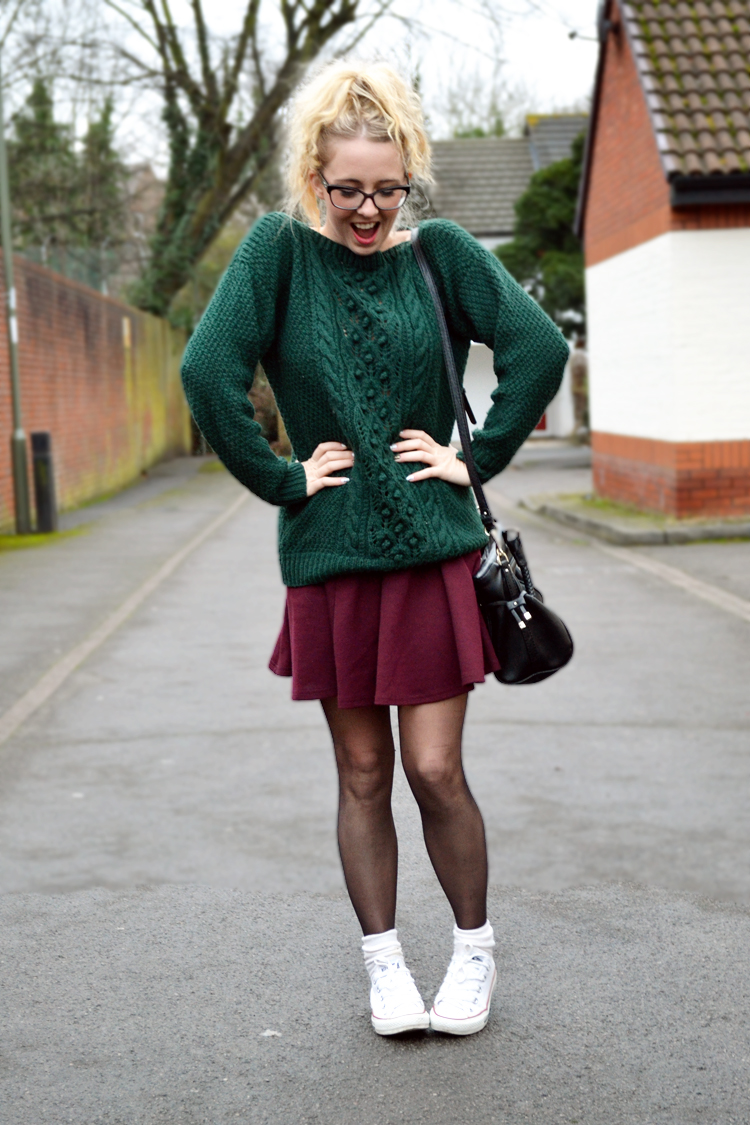 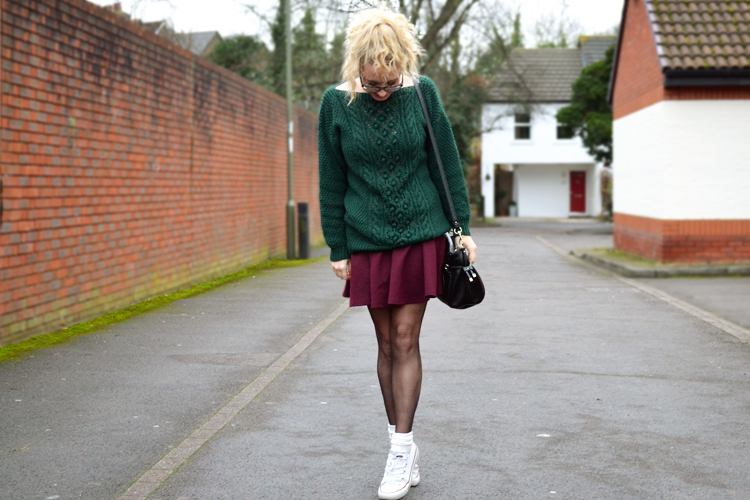 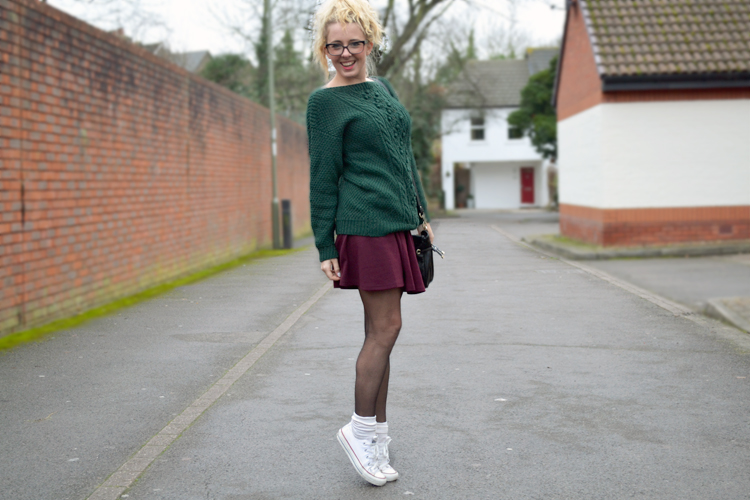 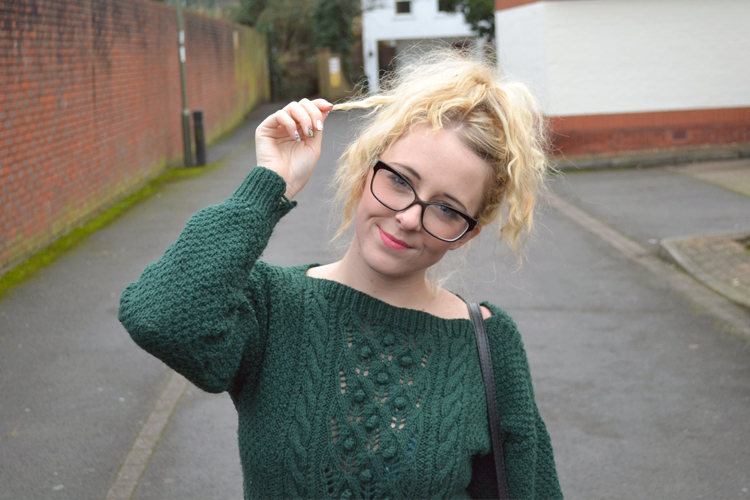 This is what I wore today. It was back to Uni and completely pointless. Tomorrow though should be better. We have the window dress from Selfridges coming in to talk to us. Which reminds me how much I enjoyed watching the TV show Mr. Selfridge yesterday. It makes me want to work there so much more.

This jumper was in my bag from home. Im guessing its a hand me down from one of my sisters, found in a charity shop. These two colours together are my favourite. Todays outfit went quite nicely. I knew I wanted to wear this jumper and when I first picked the skirt up I didn’t think it was something I would actually wear with such a big knit jumper.

I’ve been looking for internships for this year. This time last year I was interning with the buying team at Warehouse. I had plans of doing as many internships as I could last year, but my Mum fell ill and it became less of a priority. And now its a New Year, I’m feeling more productive.

I have an interview for Givenchy on Wednesday to intern as part of their PR Team and Im in talks with House of Holland at the moment. So fingers crossed for me.