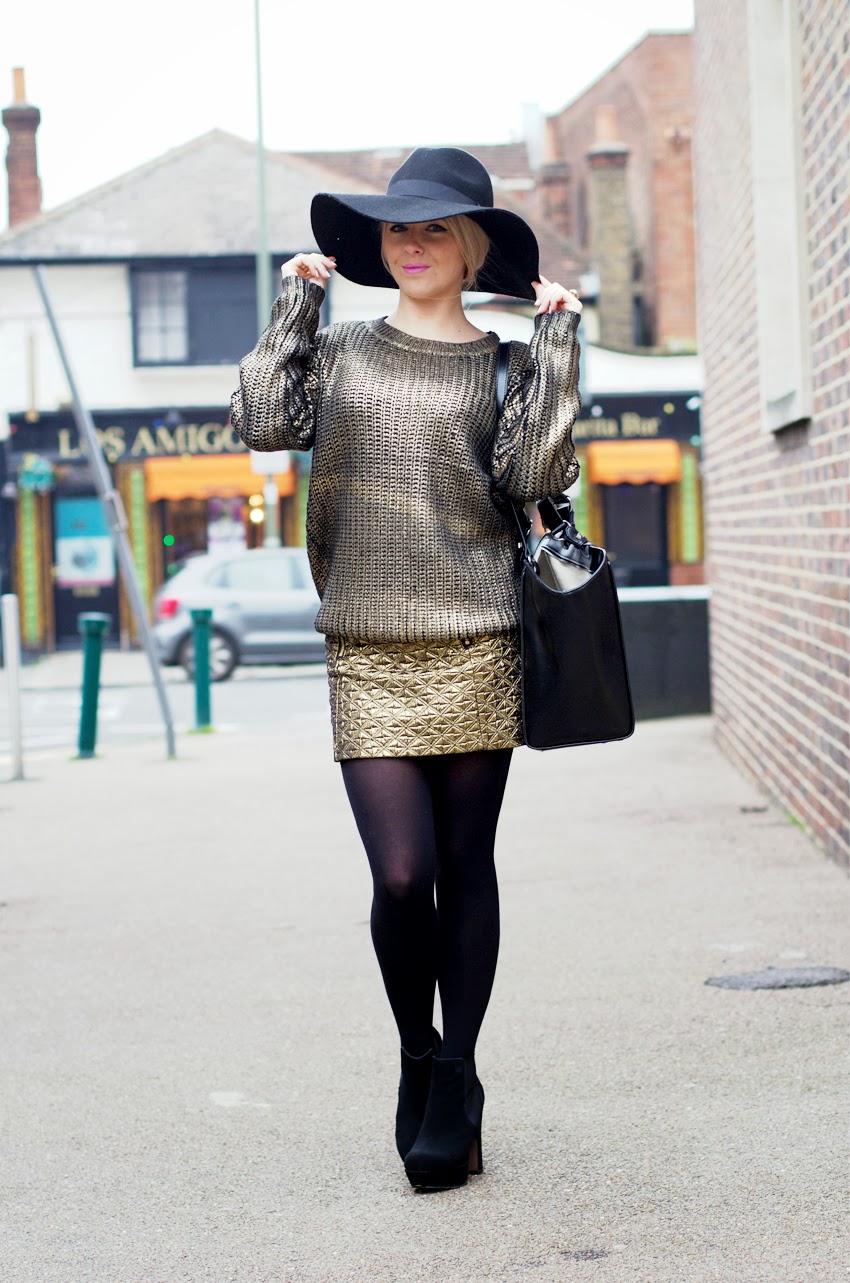 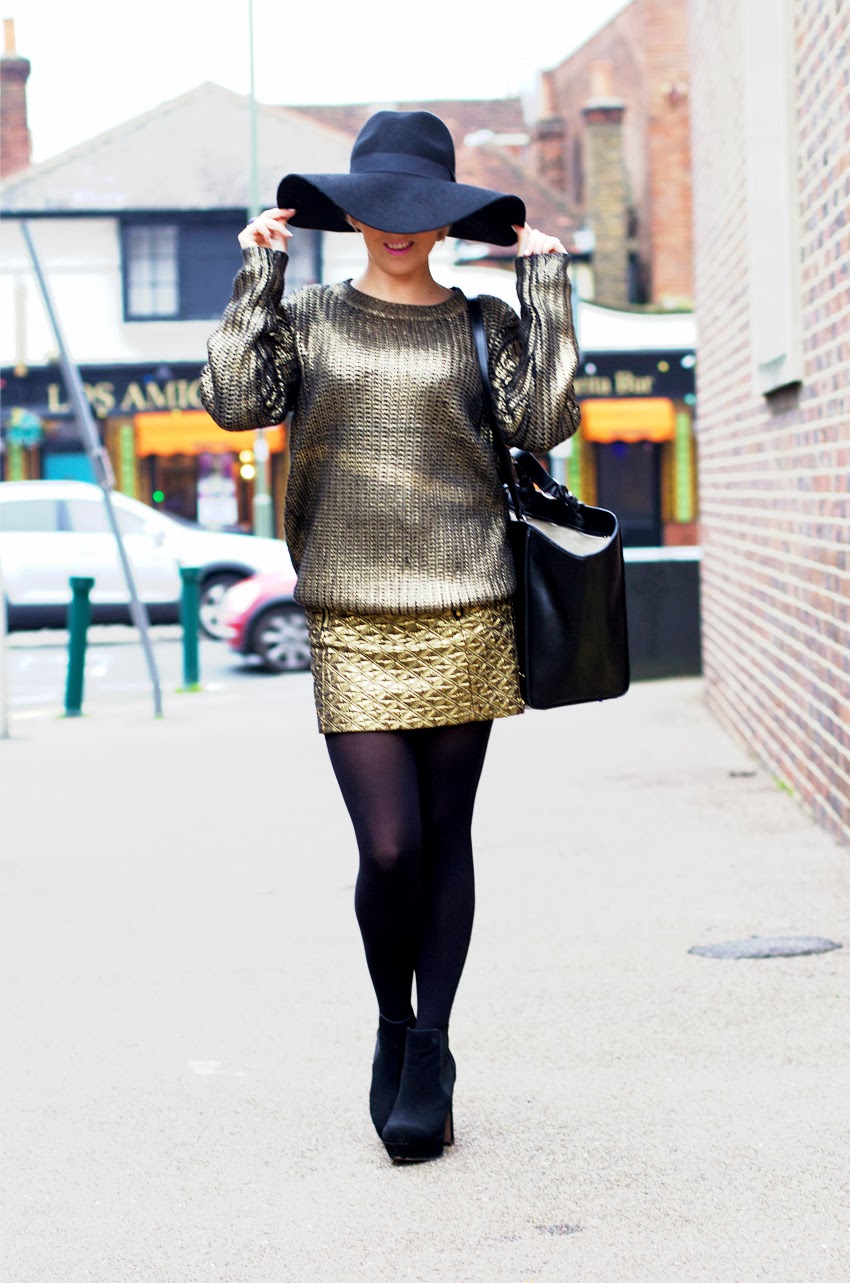 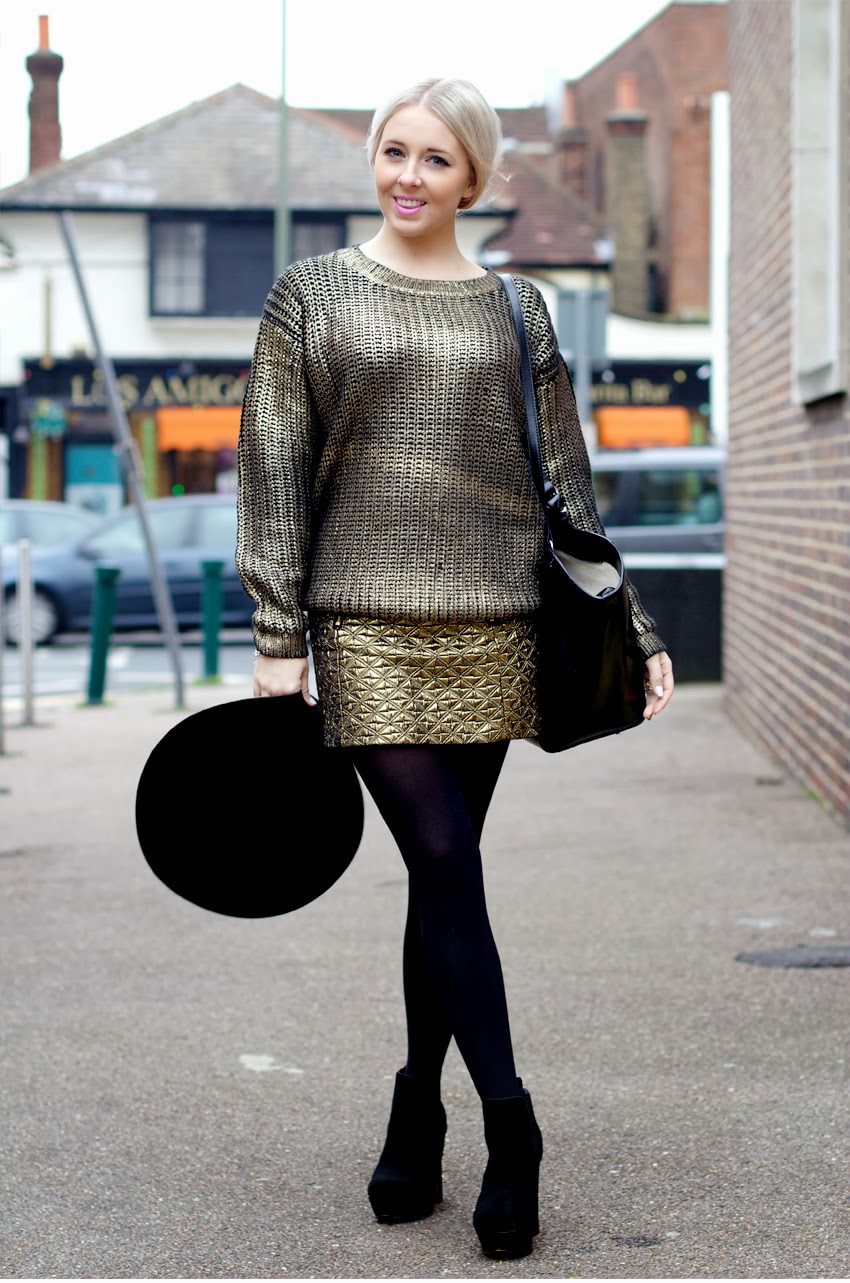 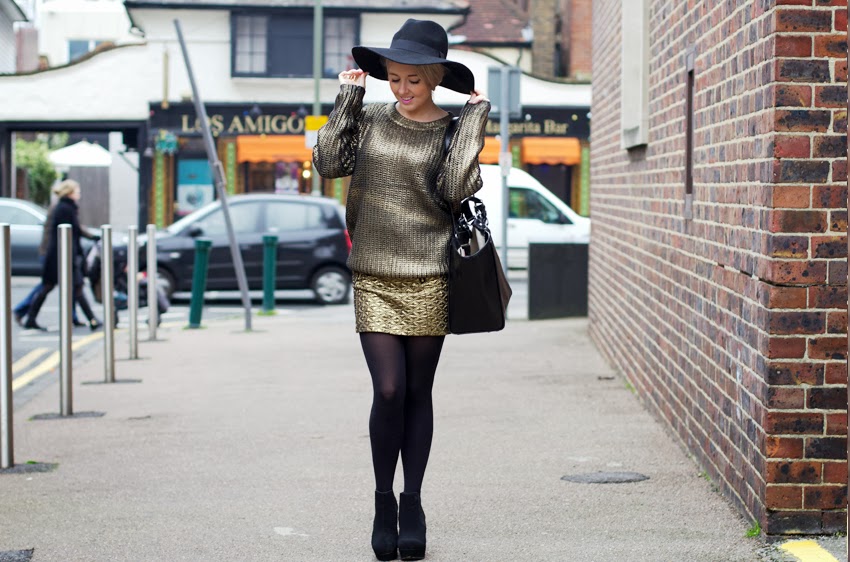 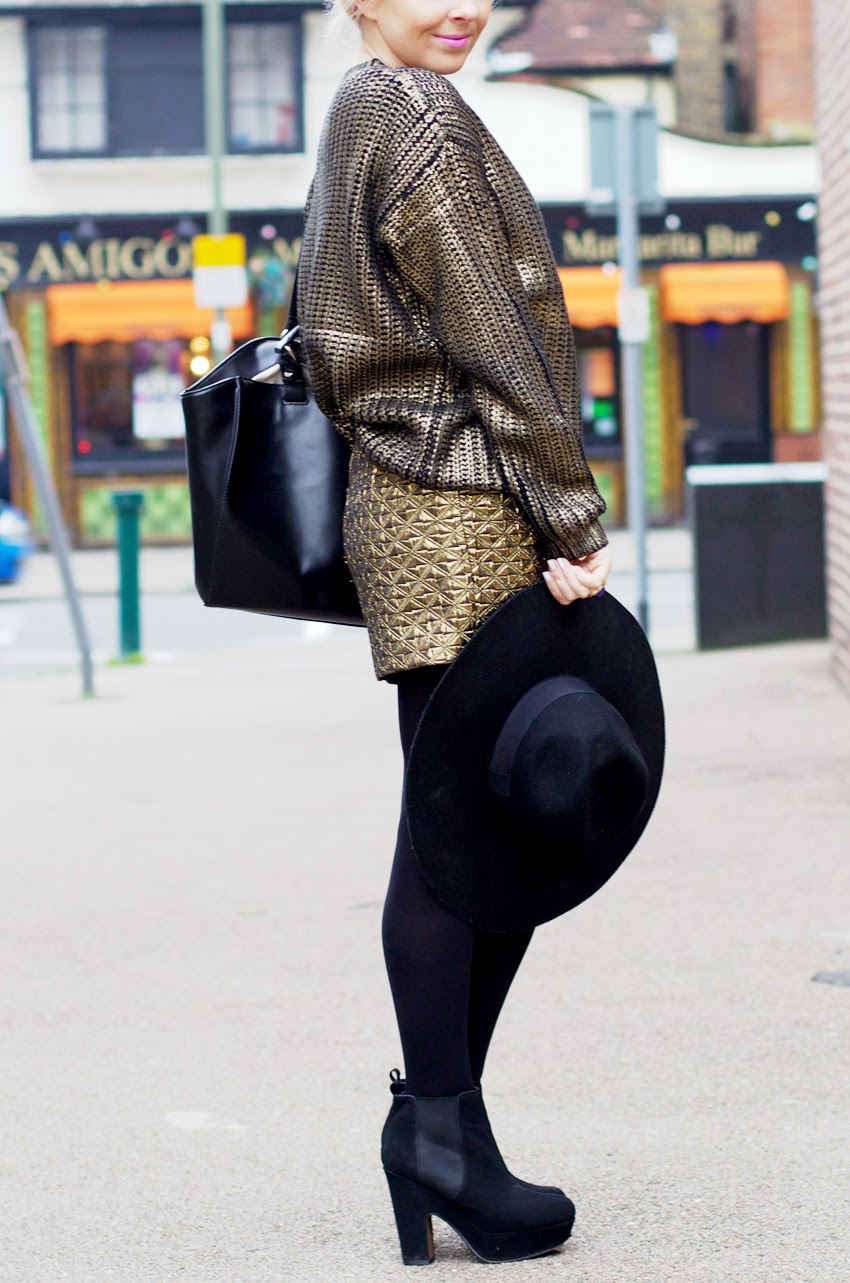 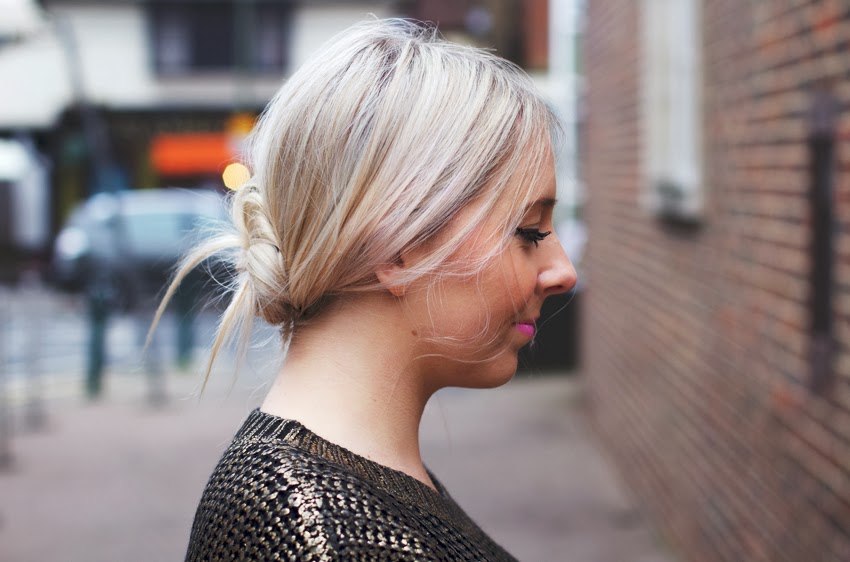 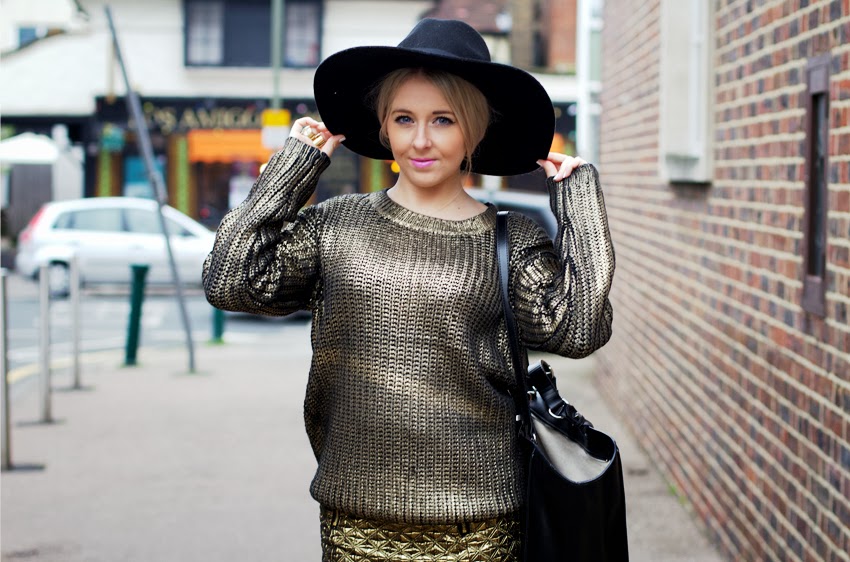 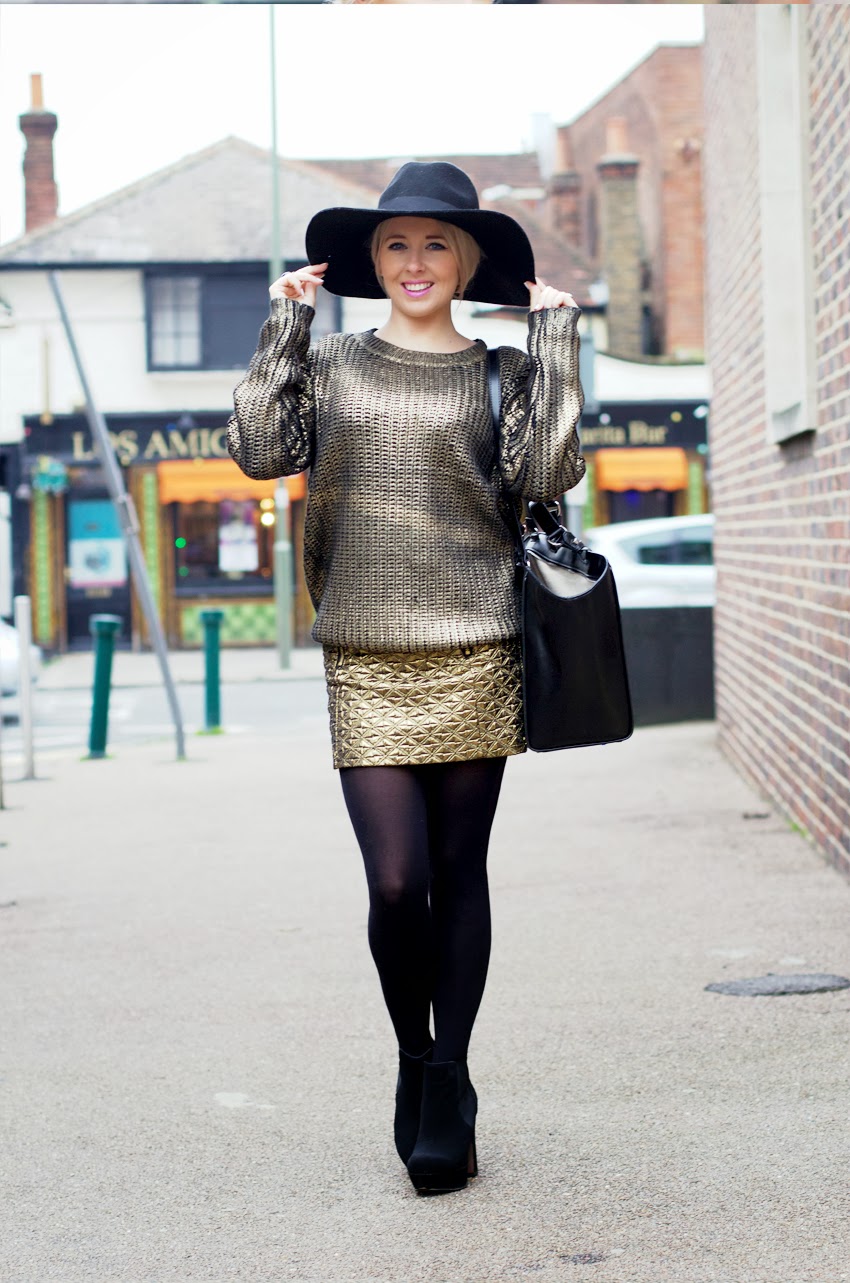 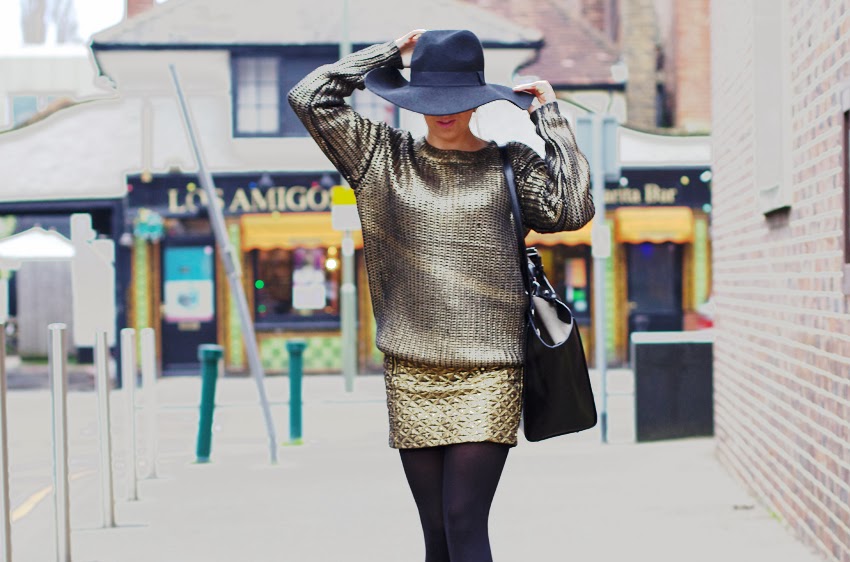 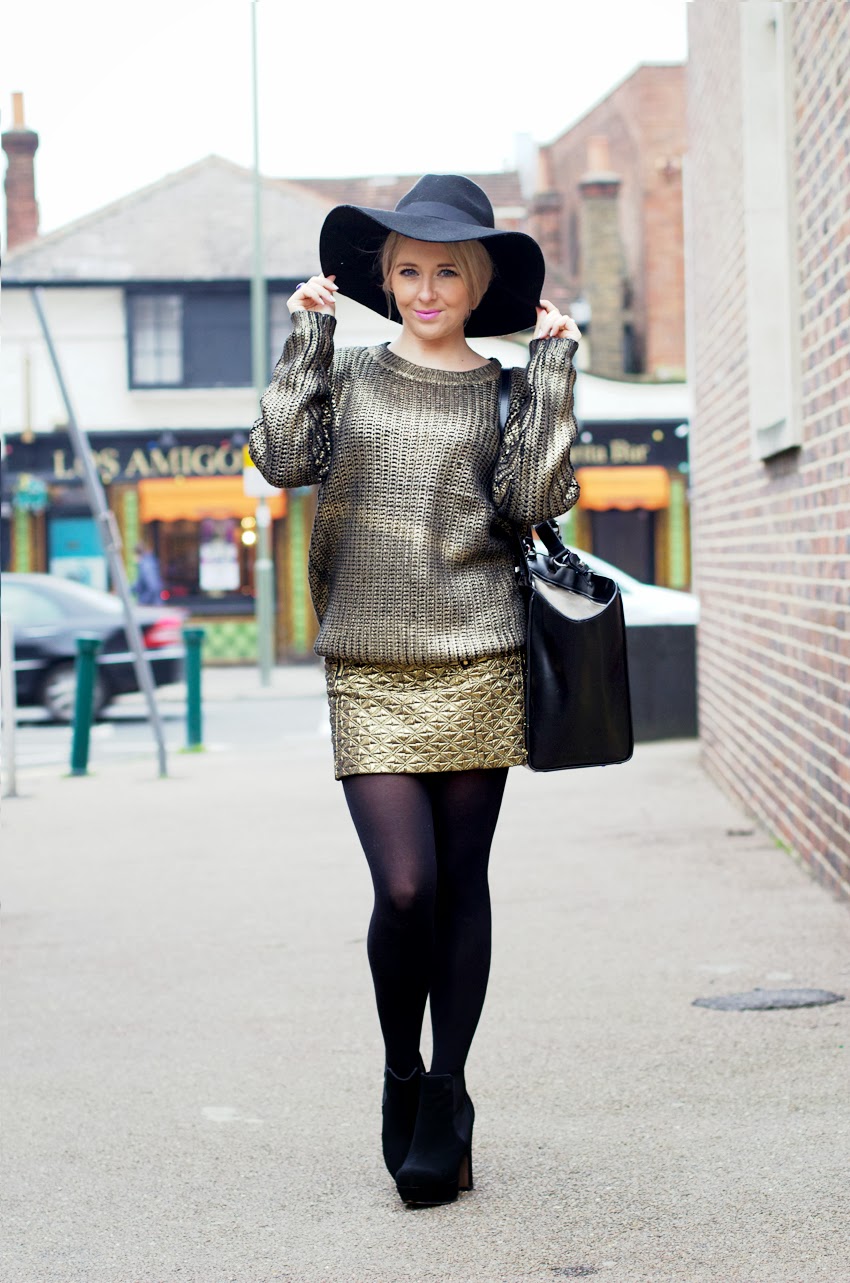 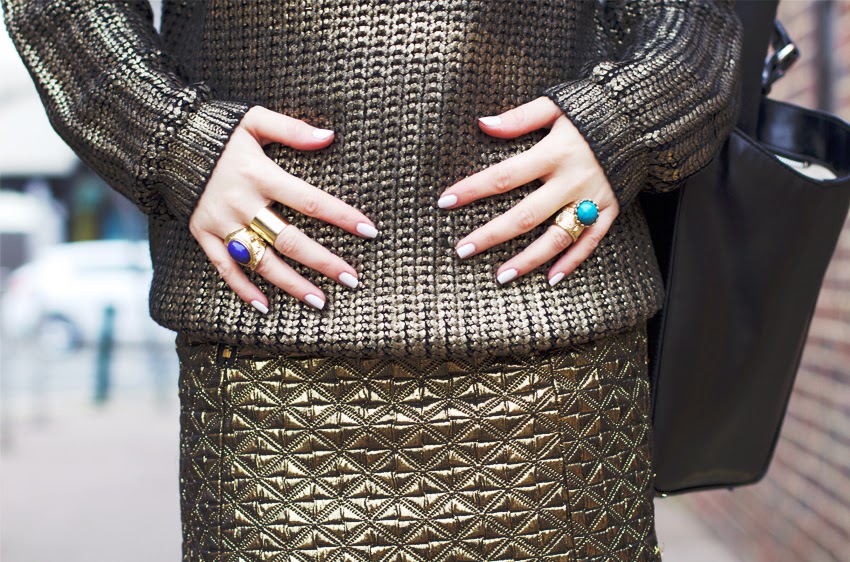 For this look I was inspired by this photo on Tumblr. I know I’m not wearing a feather skirt of dainty heels but overall I was inspired by a big jumper and tiny skirt look. Its not an outfit that flatters the figure but it does bring a lot of sparkle, right?

What Im Wearing: This Fashion Union jumper and it is sold out now, but I have listed some similar ones below as well as some other Gold items I’ve had my eyes on. The skirt was bought sometime last year too, but there is the Gold sequin version, or this Paisley print version. Both are now on sale too.

As for the Chelsea Boots besides the ASOS version I linked at the top, New Look have a very lovely pair too.

How I Style Gold on Gold: Just be brave. Some may think it is too much, but if you think it looks nice then stick with it. Its just a bright colour that is linked to Christmas and parties but that does not mean it can’t be worn when ever you want. Black is always the best colour to pair with black!