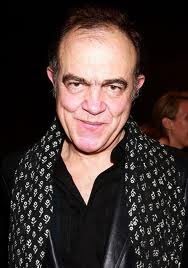 Below is my own illustrations of some of Christian’s work. 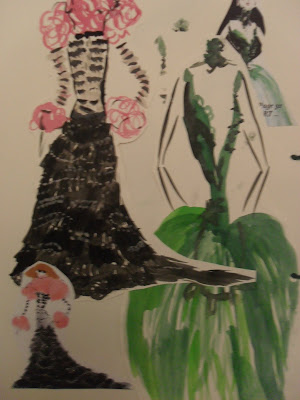 Another of my illustrations 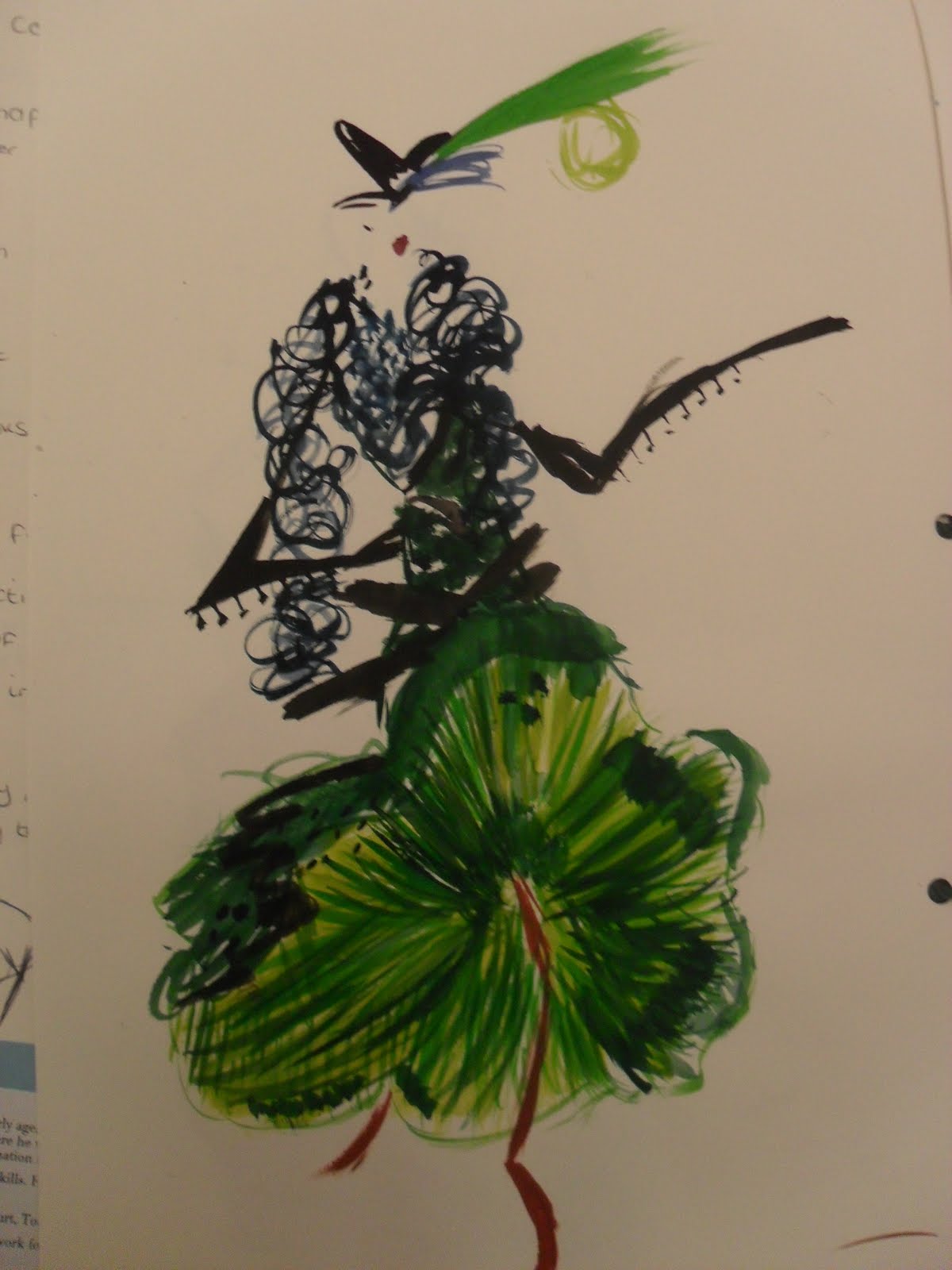 Another of my illustrations this time using charcoal around the edges 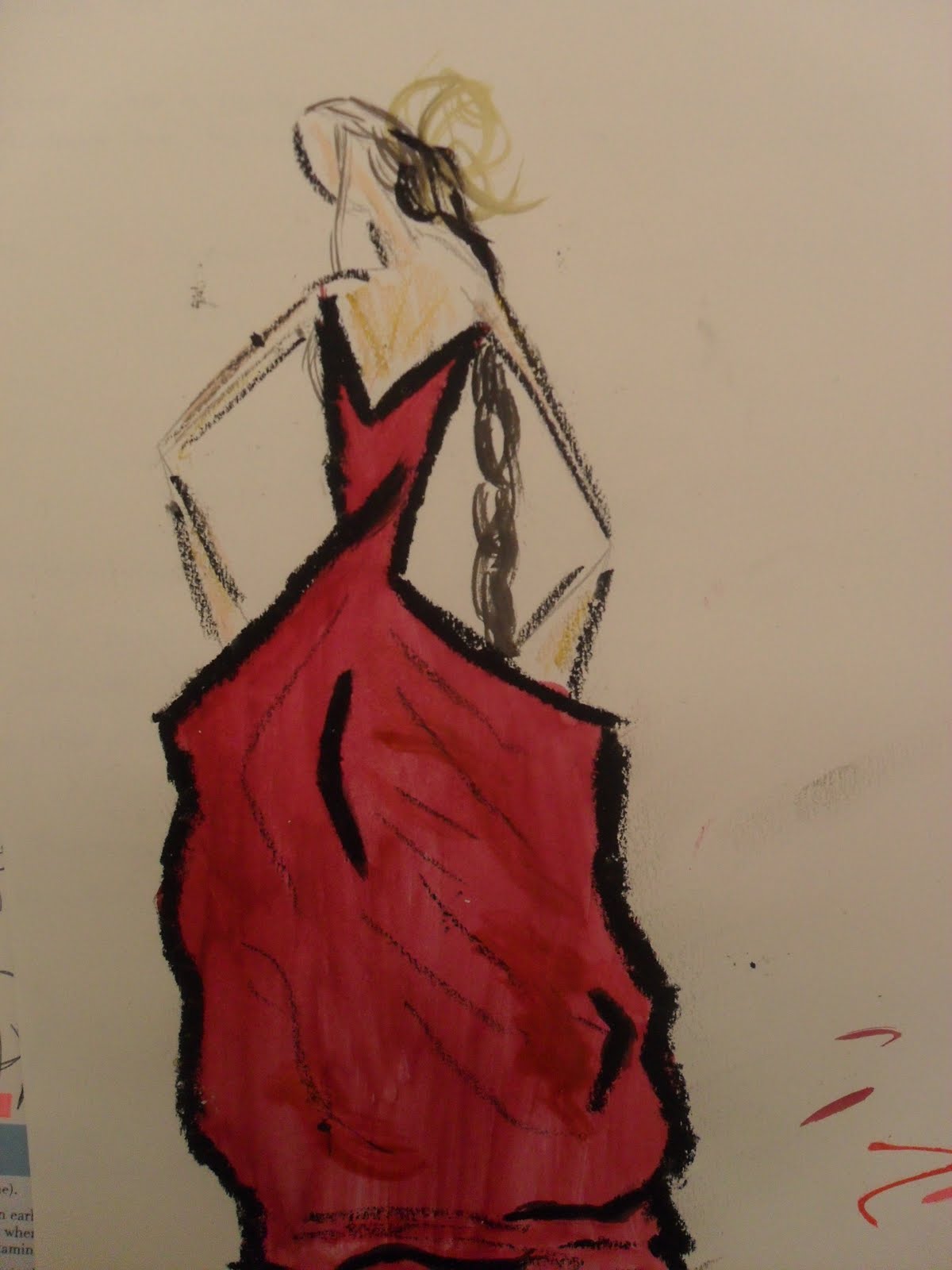 In 1987 he opened his own couture house. He began putting out ready-to-wear in 1988 drawing inspiration from diverse cultures. Critics commented that he did not seem to understand the type of clothing the working woman needed. In 1989, Lacroix launched jewelry, handbags, shoes, glasses, scarves and ties (along with ready-to-wear). 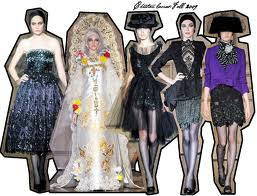 With his background in historical costume and clothing, Lacroix soon made headlines with his opulent, fantasy creations, including the short puffball skirt (“le pouf”), rose prints which are back in this season, and low décolleté necklines.

He favored the hot colors of the Mediterranean region, a hodgepodge of patterns, and experimental fabrics, sometimes handwoven in local workshops.

In 1994, Lacroix launched his Bazar line. 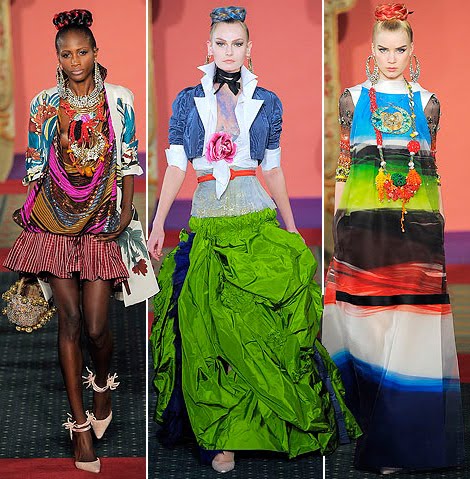 In 1999, he launched his first line of floral perfumes, and in 2000 he finished a line of novelty accessories which included semi-precious jewelry.

In 2004, Lacroix launched a lingerie for women line, as well as a menswear line. 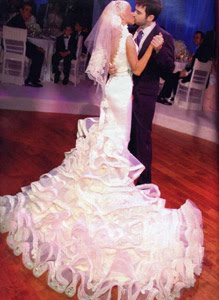 Christian Lacroix has designed many dresses for Hollywood stars; among them, he is responsible for designing Christina Aguilera‘s wedding dress and in the 1990s was famed as being a favourite designer of Edina Monsoon in the UK sitcom Absolutely Fabulous (for which the house drew dubious credit). 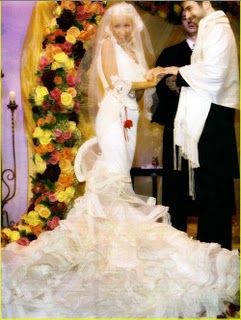 For Winter 2007, He has partnered with Avon cosmetics to introduce a new fragrance exclusive to Avon called Christian Lacroix Rouge for women.

with a maxi dress byChristian Lacroix. 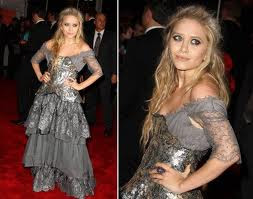 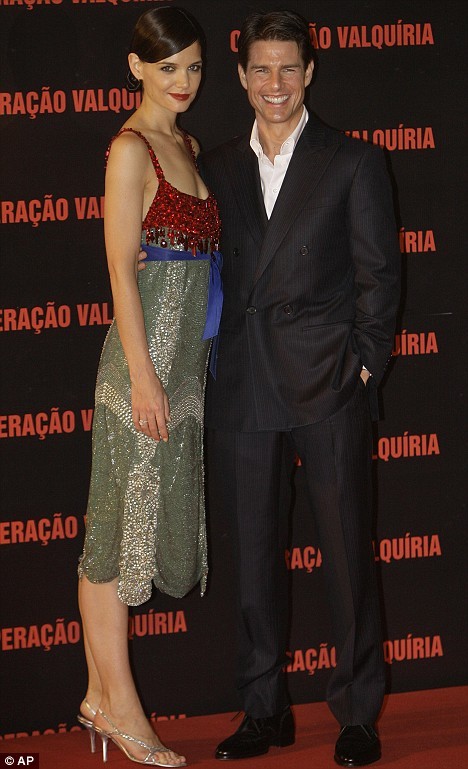