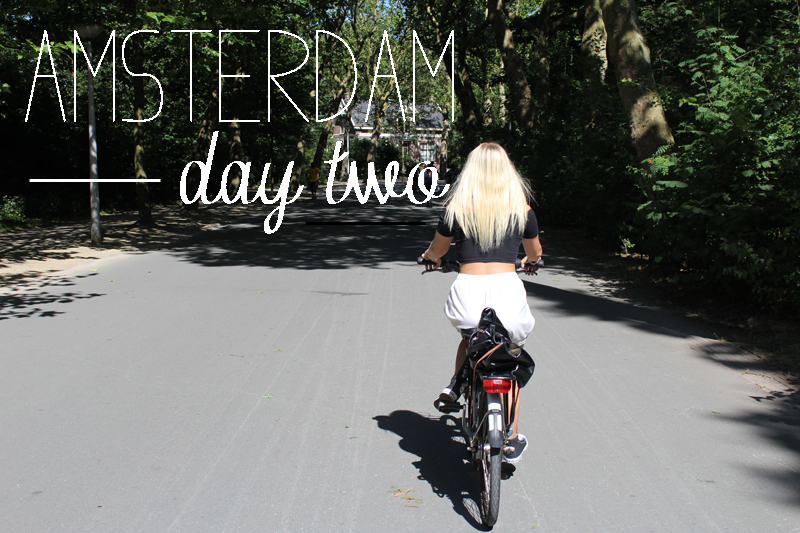 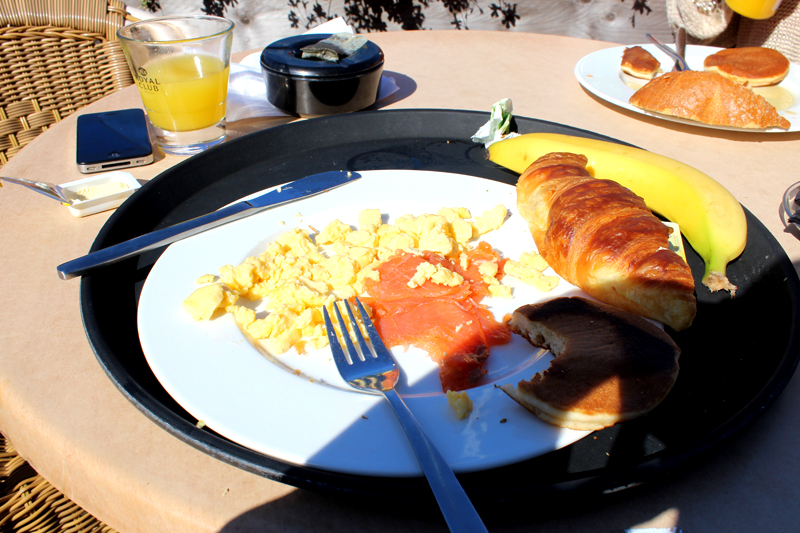 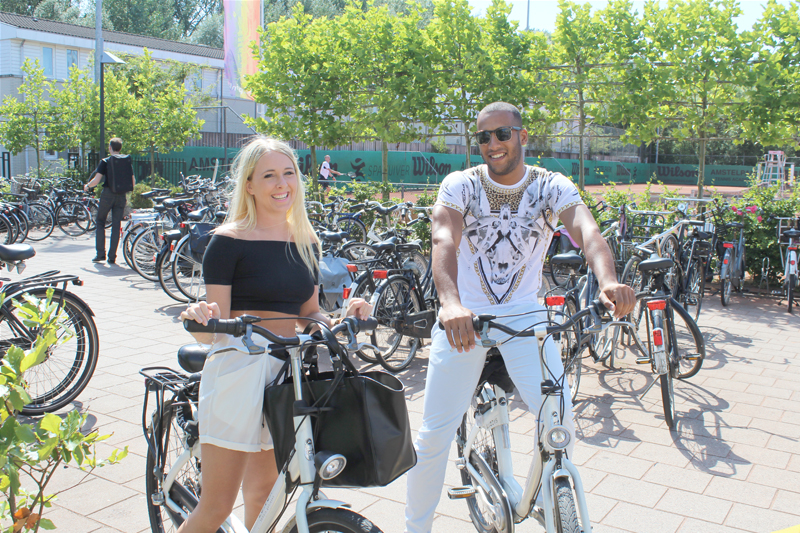 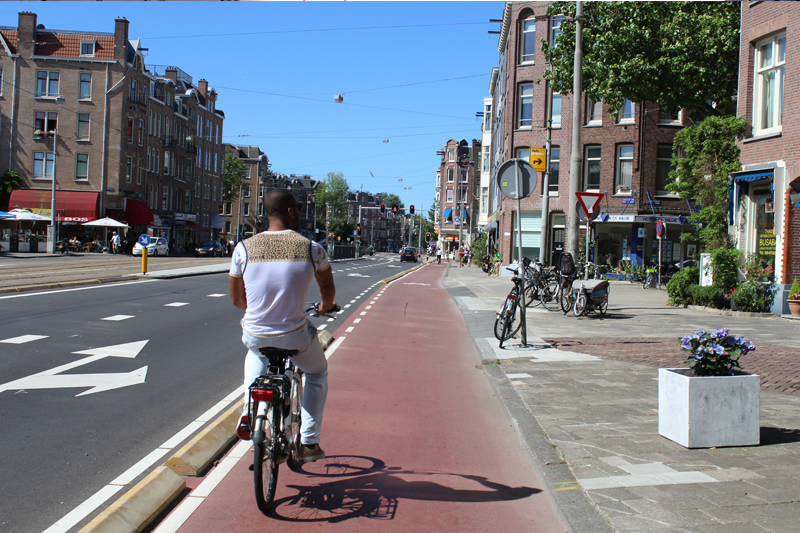 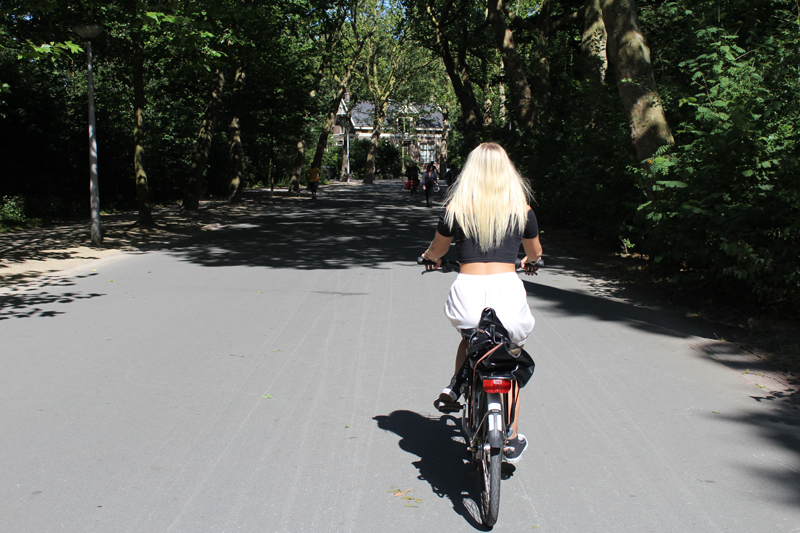 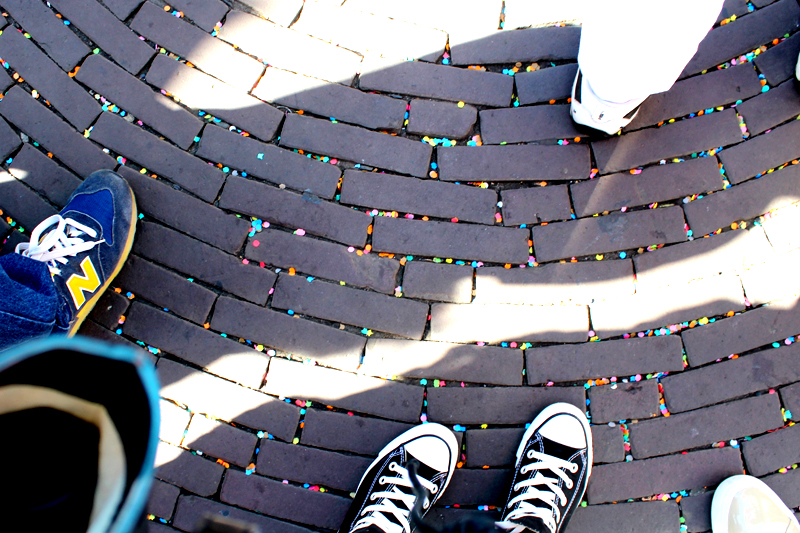 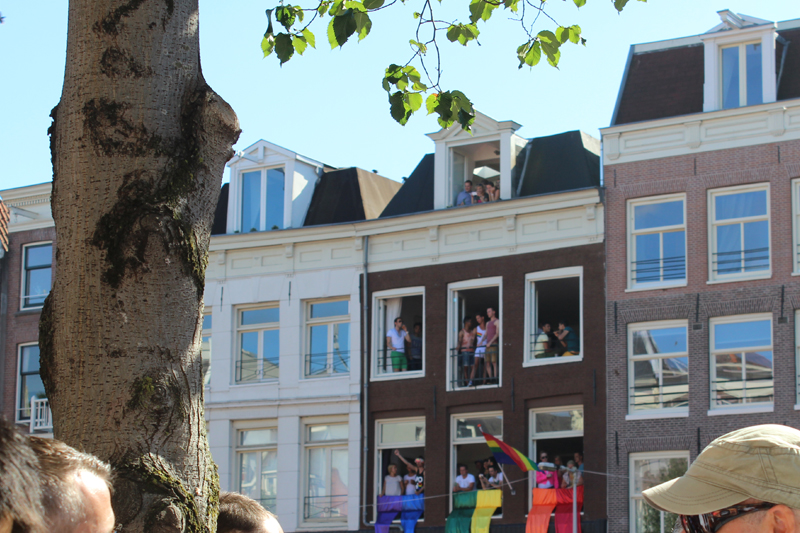 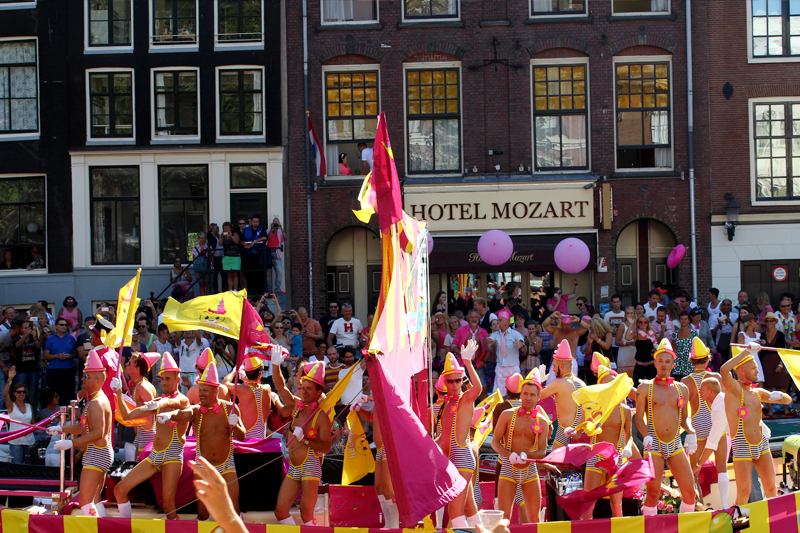 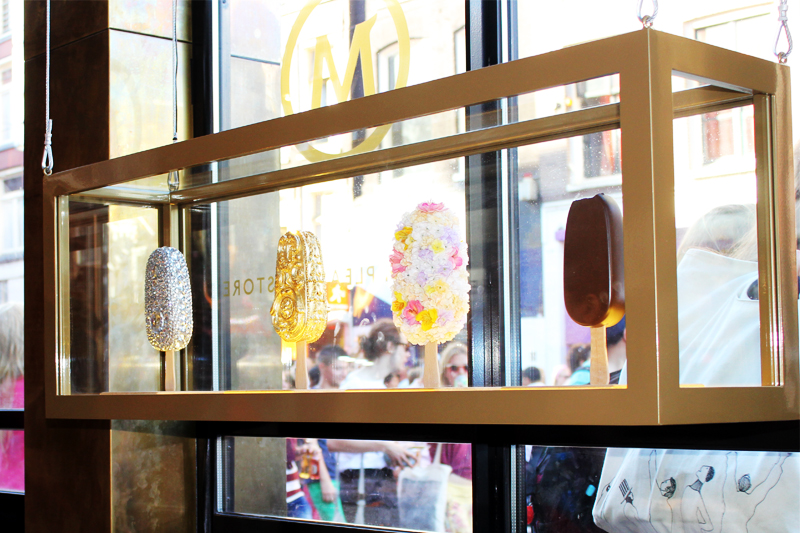 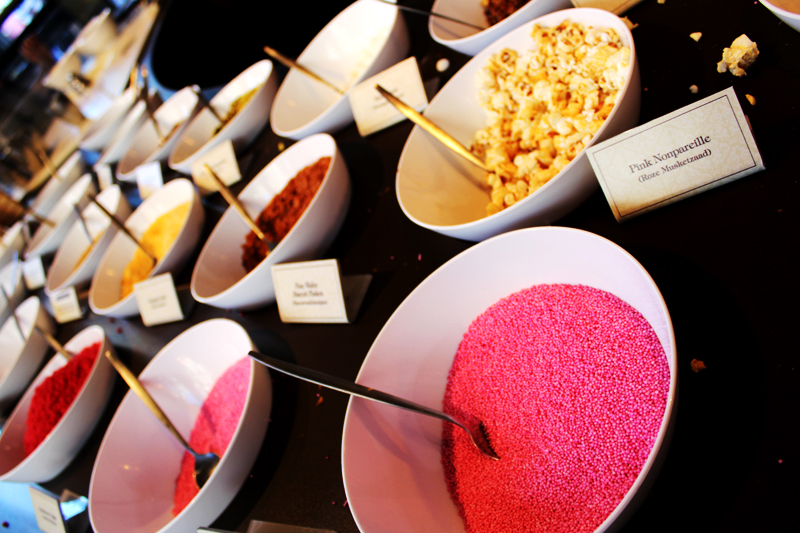 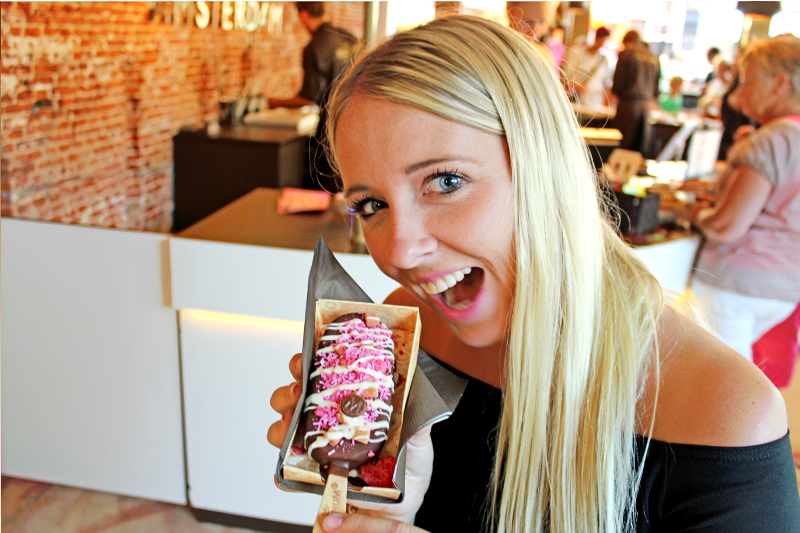 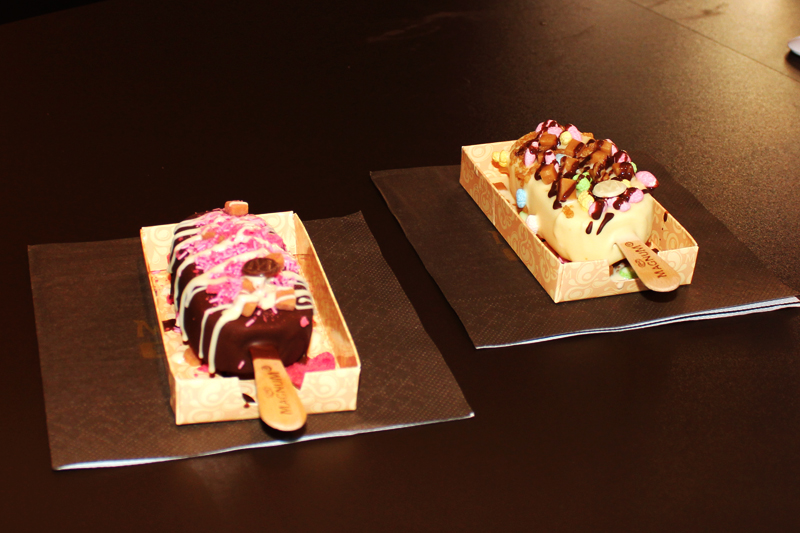 Each day in Amsterdam got better. On day two we got breakfast at our hotel followed by a whole day spent in the Spa. The spa had a swimming pool which went from indoors to out with waterfall features surrounding it. We were lucky enough to have gorgeous weather as well.

We then got separate massages, Aaron chose a sports massage whilst I chose a relaxation one. It was my first professional massage, I don’t think Aaron’s home given ones count.

Later on in the afternoon we done what everyone has to do whilst in Dam – hired out bikes. Bikes are everywhere. Every road even has a separate bike path. It took us around half an hour to get into the City and lock our bikes up. Taking note of everything around us so we knew we would find our way back.

To our surprise it was Gay Pride weekend. One of Amsterdam’s biggest weekend. On the second day there was a canal perade. We missed the beginning but still saw an hours worth of men and women dancing on boats to Rihanna We Found Love. The atmosphere was incredible and so was the fancy dress.

We came across a huge street festival where confetti was falling from the sky and DJ’s were playing some of the best music. The video will show you more of that.

To top our night Aaron found a Magnum store, and he dragged me in. You can make your own Magnum. They have a store in almost every City in the world (even London) which I didn’t know about. You get to pick 4 toppings, the colour of your ice cream (dark, white or normal chocolate) and then choose from chocolate or white spiral of sauce. It was the best ice cream I have ever had.