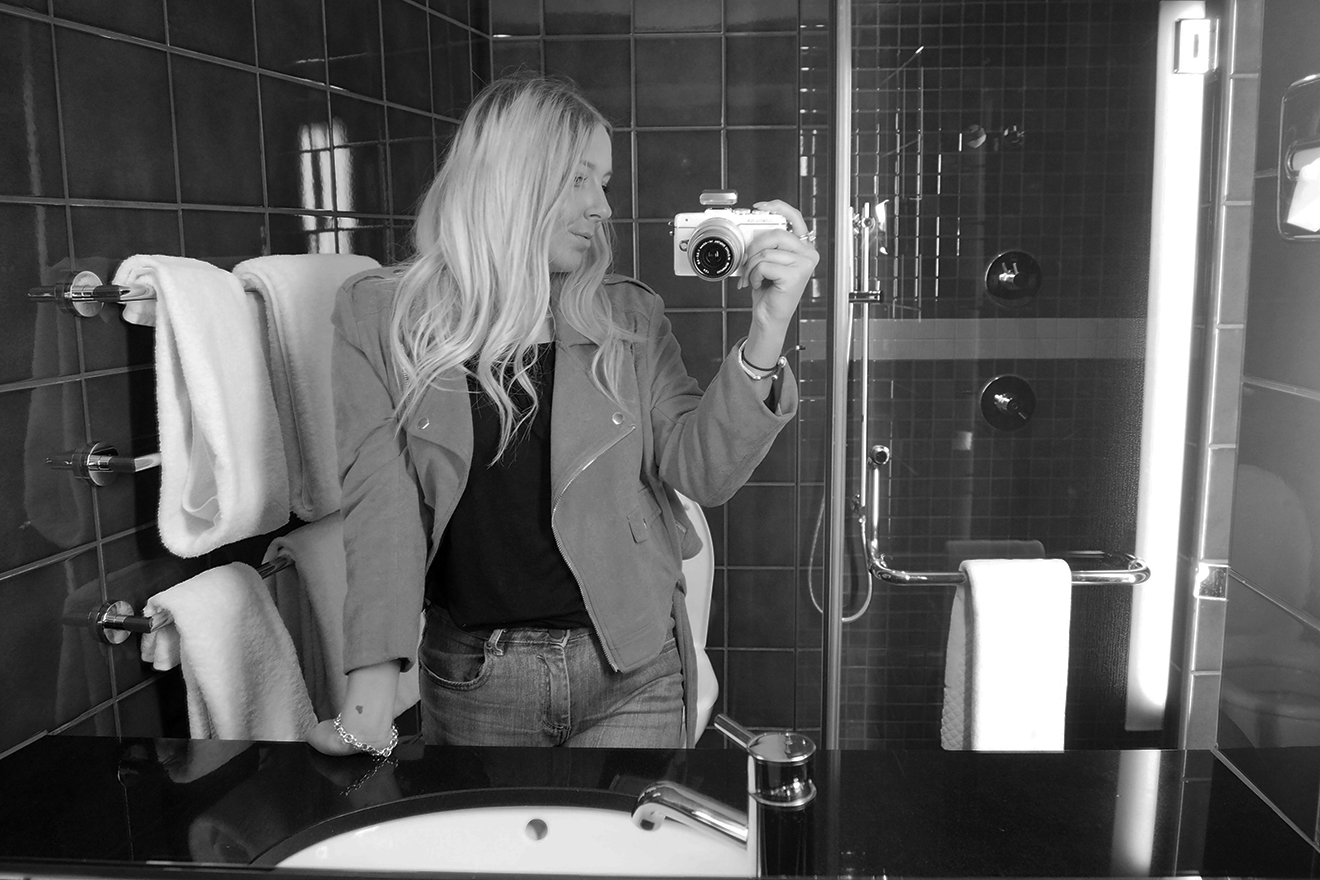 For my 25th Birthday I decided to spend 24 hours in Shoreditch (among a whole list of other fun things). The result ended in a great nights sleep, two tattoos, a few vintage shops and pizza.

Heres my breakdown on what to do (or not to do) in Shoreditch. 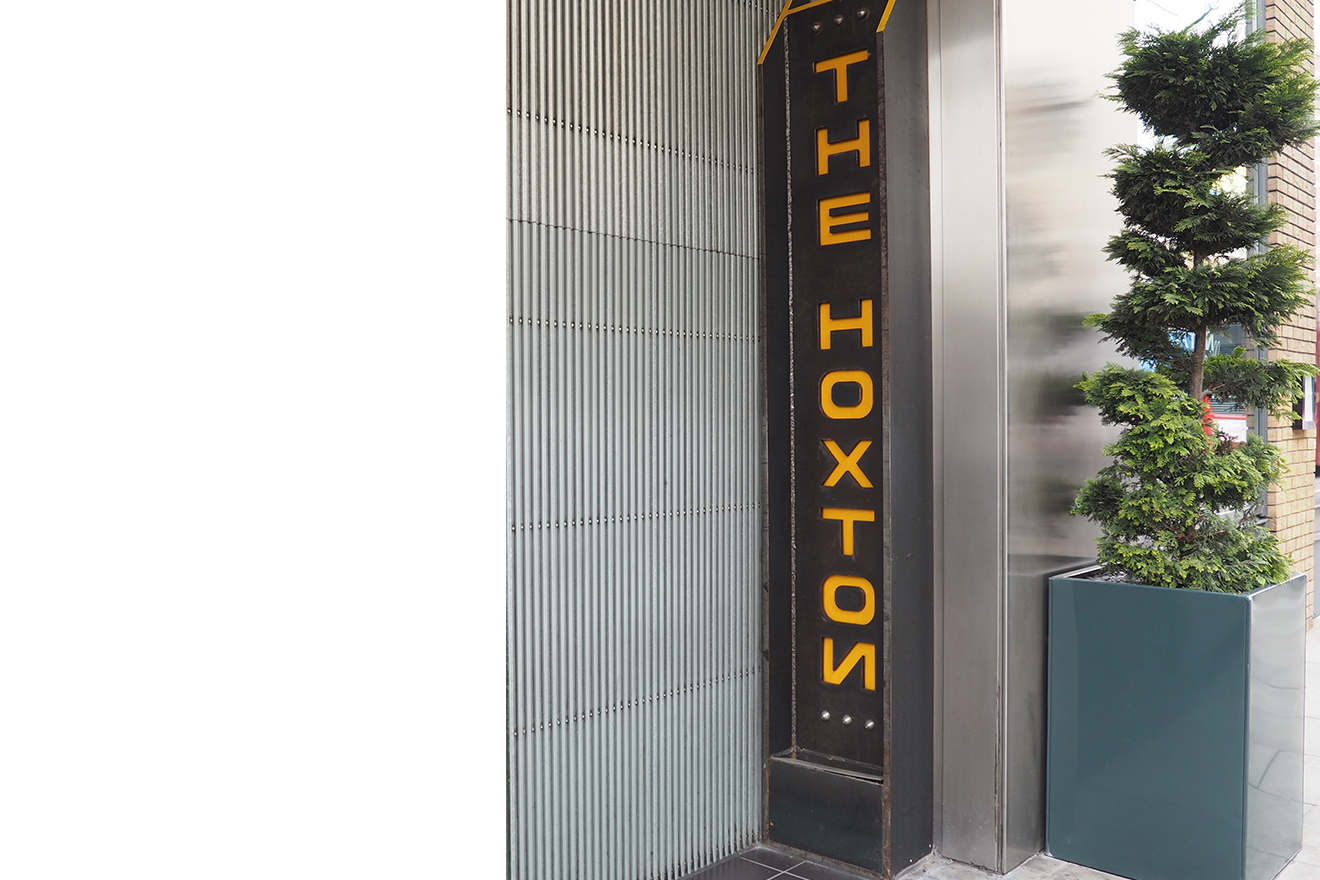 The surprising hot English-not quite summers day began by checking into The Hoxton Hotel in Shoreditch. Its a hotel I have had my eye on. From other bloggers checking in, their cool interior instantly caught my eye and it quickly went onto my list of places to stay. Yes I really have that list on my phone. Perhaps another blog post there? 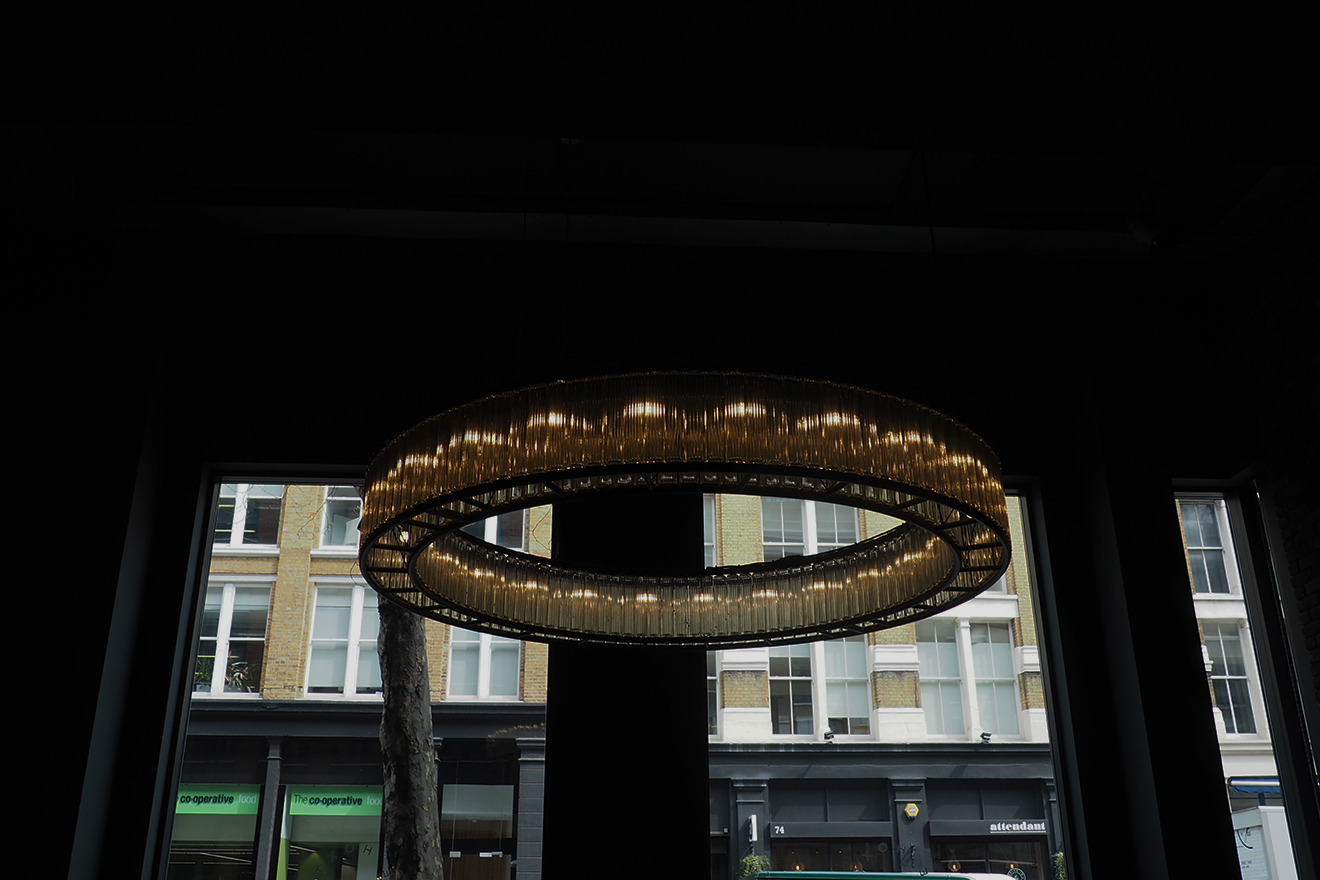 Shoreditch is based in East London, and is well known for its quirky vibes and cool kids. I never expected The Hoxton to be so grand. When the automatic doors opened and we walked into the hotel reception we were greeted by a mass of people, but at no point did we feel overwhelmed. The atmosphere was extremely laid back. With everything under one roof from a grill restaurant, a bar and two large areas filled with groups of people and solo people, most sat on laptops, working away.

My first thought was how nice would it be to come here and work.

The ceilings felt infinite, so high and airy. Two real fireplaces (one lit too) were on either sides of the extremely large lobby area.

We checked in and headed to our room. Taking in the atmosphere. The books that were on shelfs to divide the lobby and the grill. The grill of which was located in the middle of the hotel. Surround by windows, including a window roof, allowing the light from the grill to light up the whole hotel lobby perfectly.

I certainly have to go back to eat in this place. Take a look at the menu here. 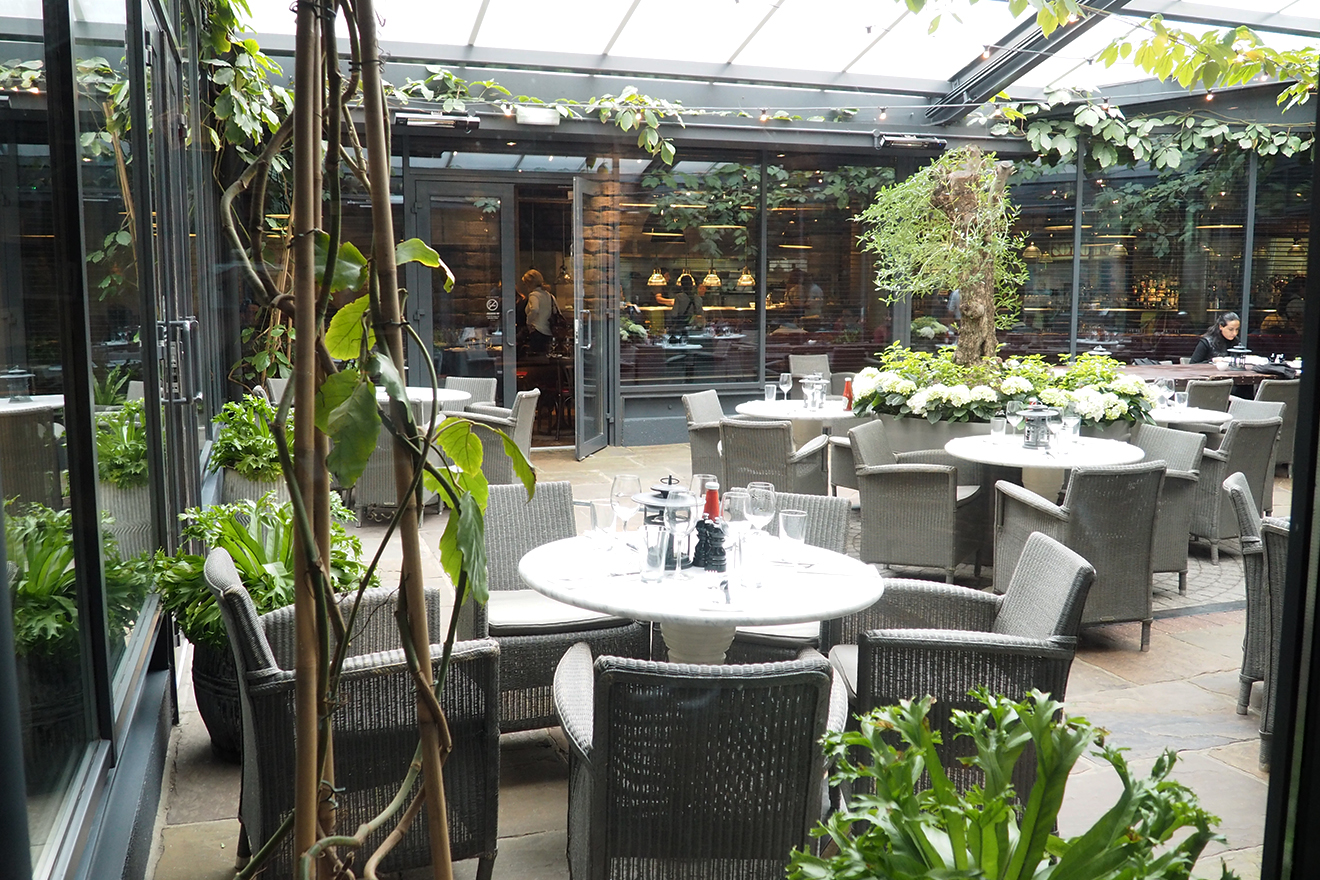 Two floors up and dragging our cases behind us, we used the electronic card to enter our double room. 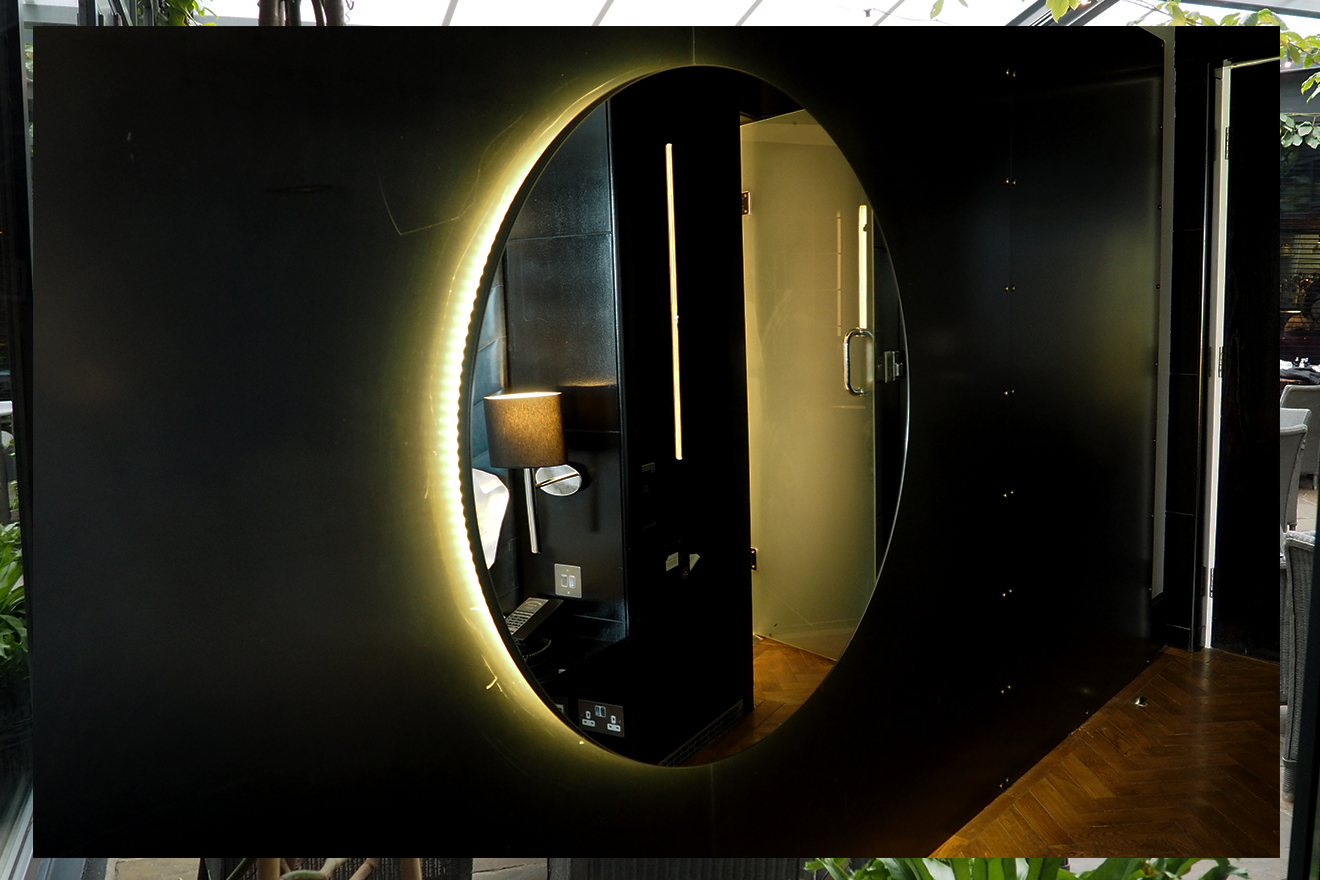 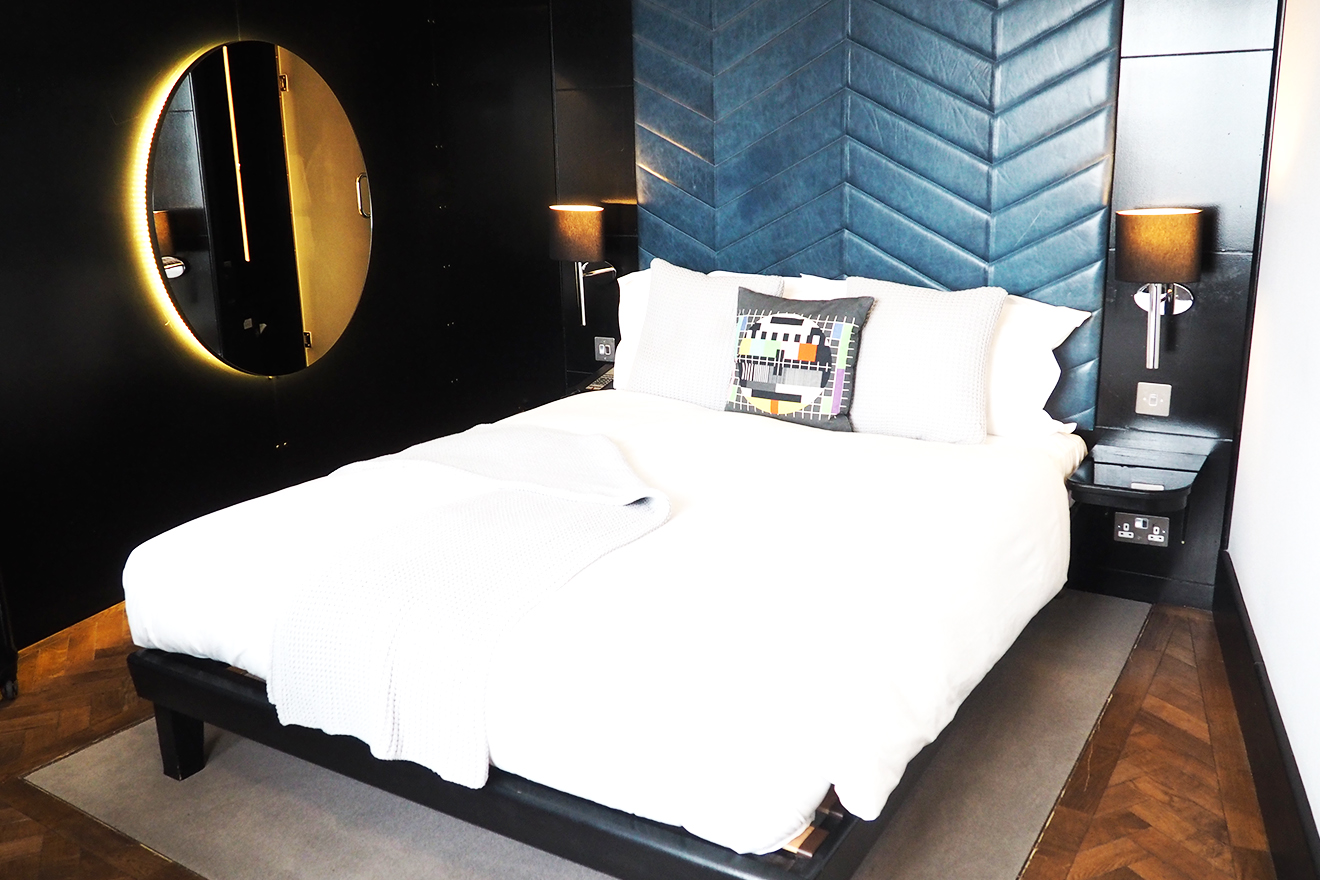 It had been exactly what I was expecting. What I had seen from people online. And I wondered if every room was the same layout.

A large round mirror was the first thing to be seen, against the black walls and directly positioned by the bed. 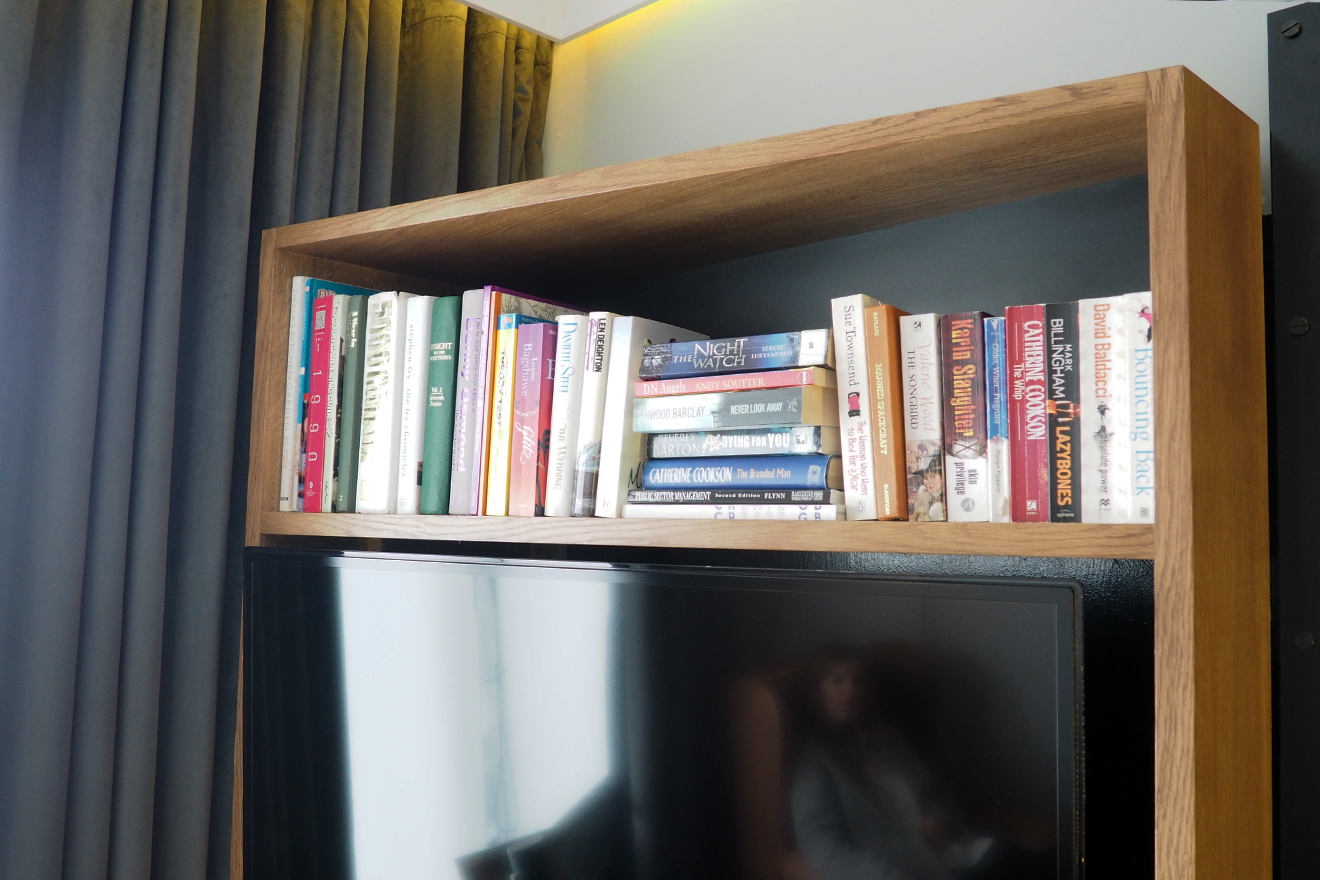 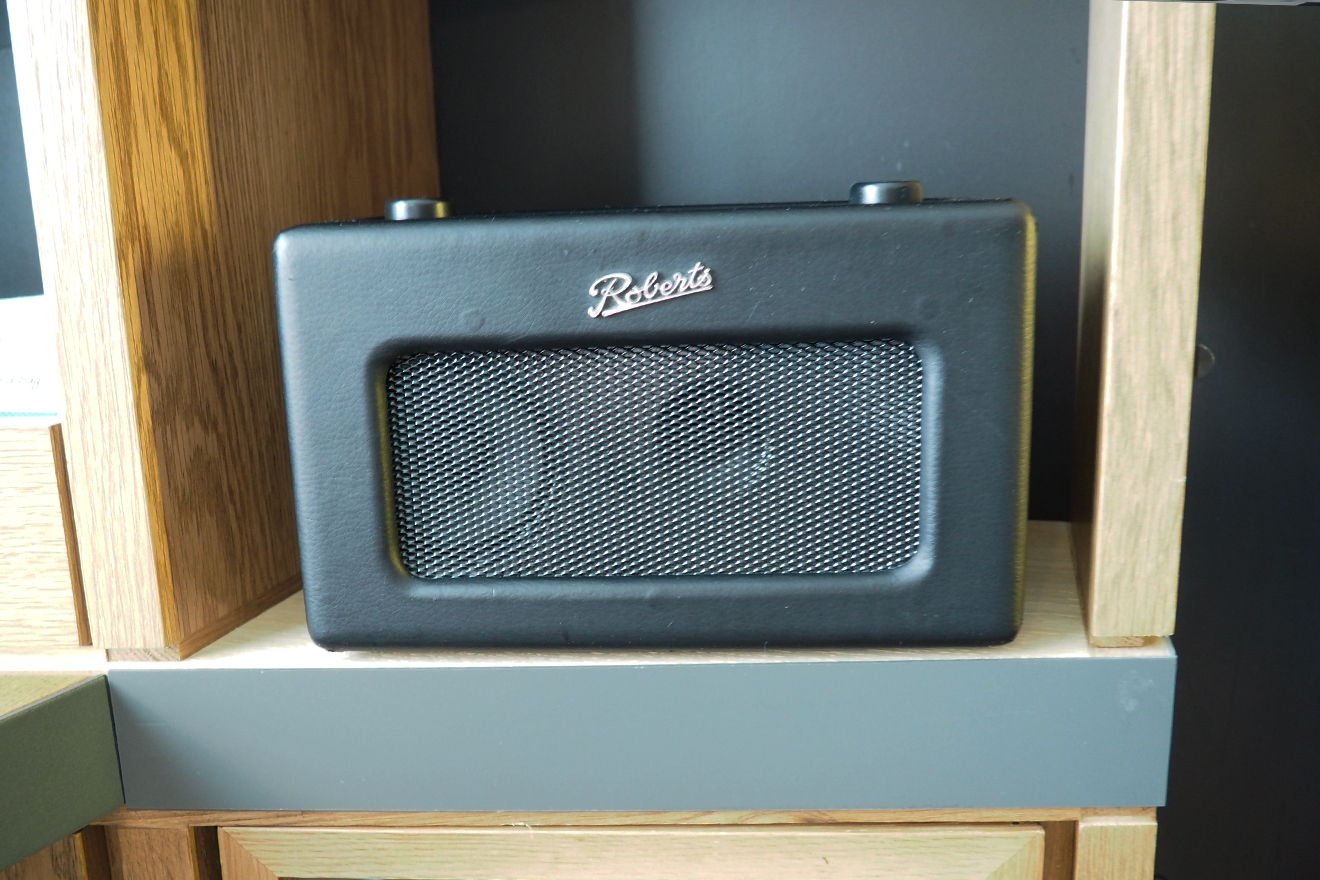 A TV,  Roberts radio, a desk with all the stationary and a book shelf filled with books. I assume the idea is to take and replace a book. A genius idea. And fitting with the theme that runs throughout the hotel.

The bathroom consisted of a large shower, tiled with black glossy titles and the perfect lighting. 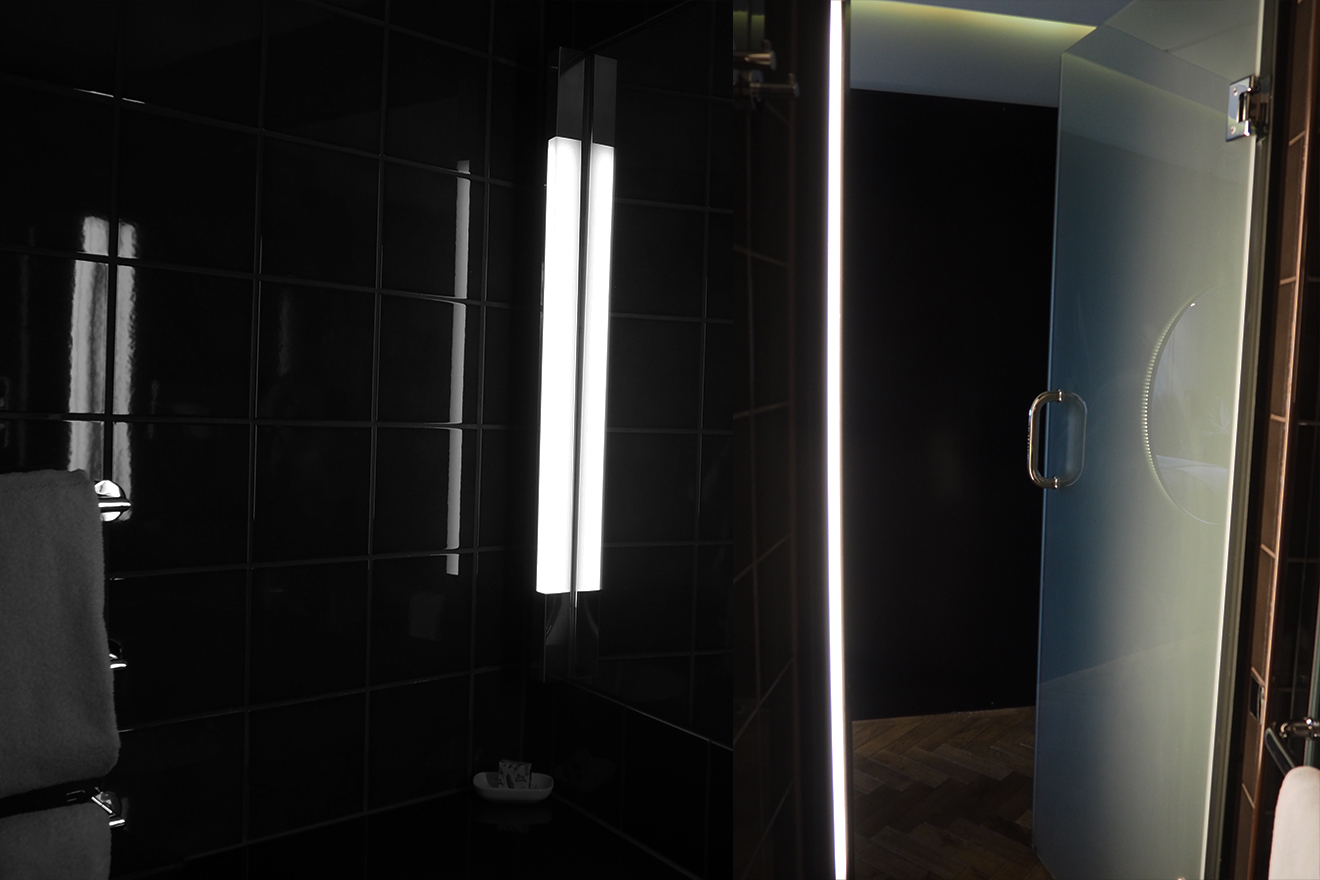 We put our bags down, freshened up and booked an Uber to take us for dinner.

Anyone who knows me, knows I love pizza. And I know a good pizza when I eat one.

The restaurant was busy. When we arrived we were one foot in the door, one foot out the door waiting in line for a table.

We accepted a table for four with the chance of having to share the table with complete strangers. But I loved the spontaneity of that.

We ordered our food;

One number 2 for me; margarita with mushrooms 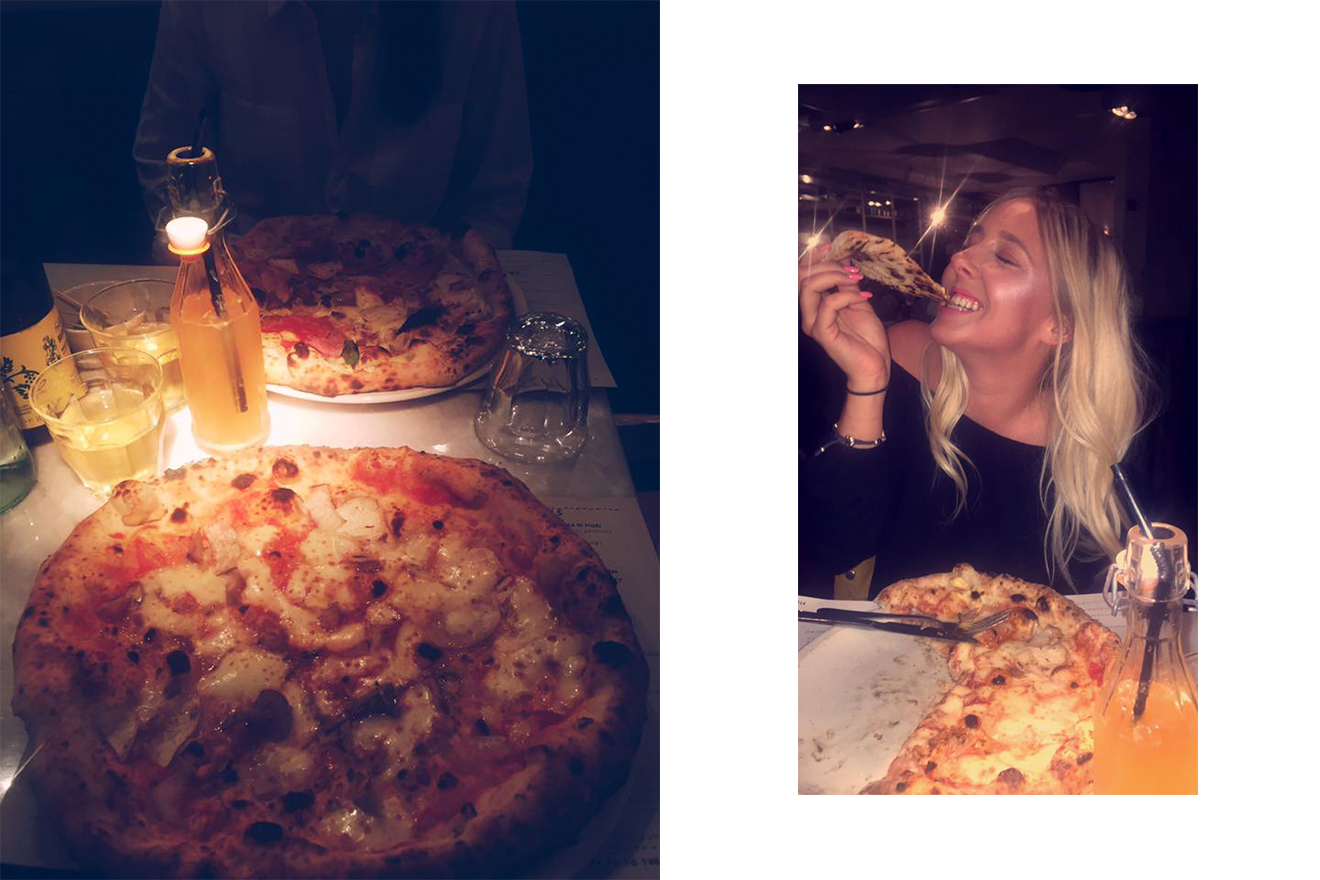 To my shocking surprise, when I ordered a coke, as I always do. I was told that they did not sell anything along those lines. And for the first time I found myself reading a list of organic drinks I had never heard off.

In a flutter and this has never happened state we chose our drinks;

So for me it was the Organic Lemonade.

It may of been the first time I had, had a meal in a restaurant without a fizzy drink, but it was bitterly a nice change.

The pizzas were cooked right in front of our table, and they were severed crispy, thin and delicious.

I ate every last bit before heading back to the hotel for two more cocktails and a chocolate cake. 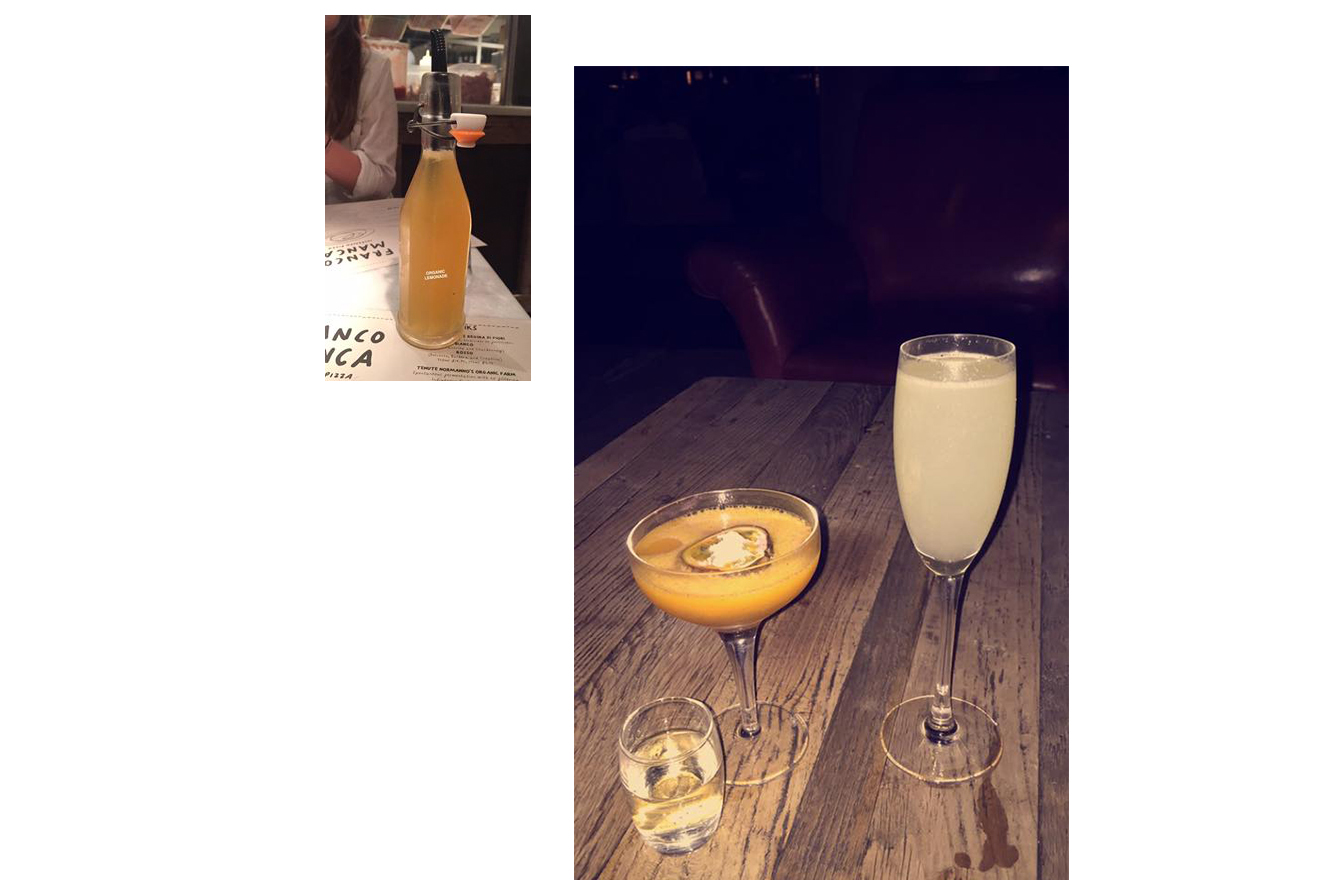 We were asleep by 1am and woke the next day feeling so much better – the late check out was a dream.

We headed from The Hoxton to Box Park. A short 15 minuet walk on the hunt for lunch.

Box Park is a space of pop up shops, bars and restaurants. Each time you visit you’ll be sure to see something new.

We took a bench outside The Chicken Box, feeling optimistic that the rain wouldn’t fall. 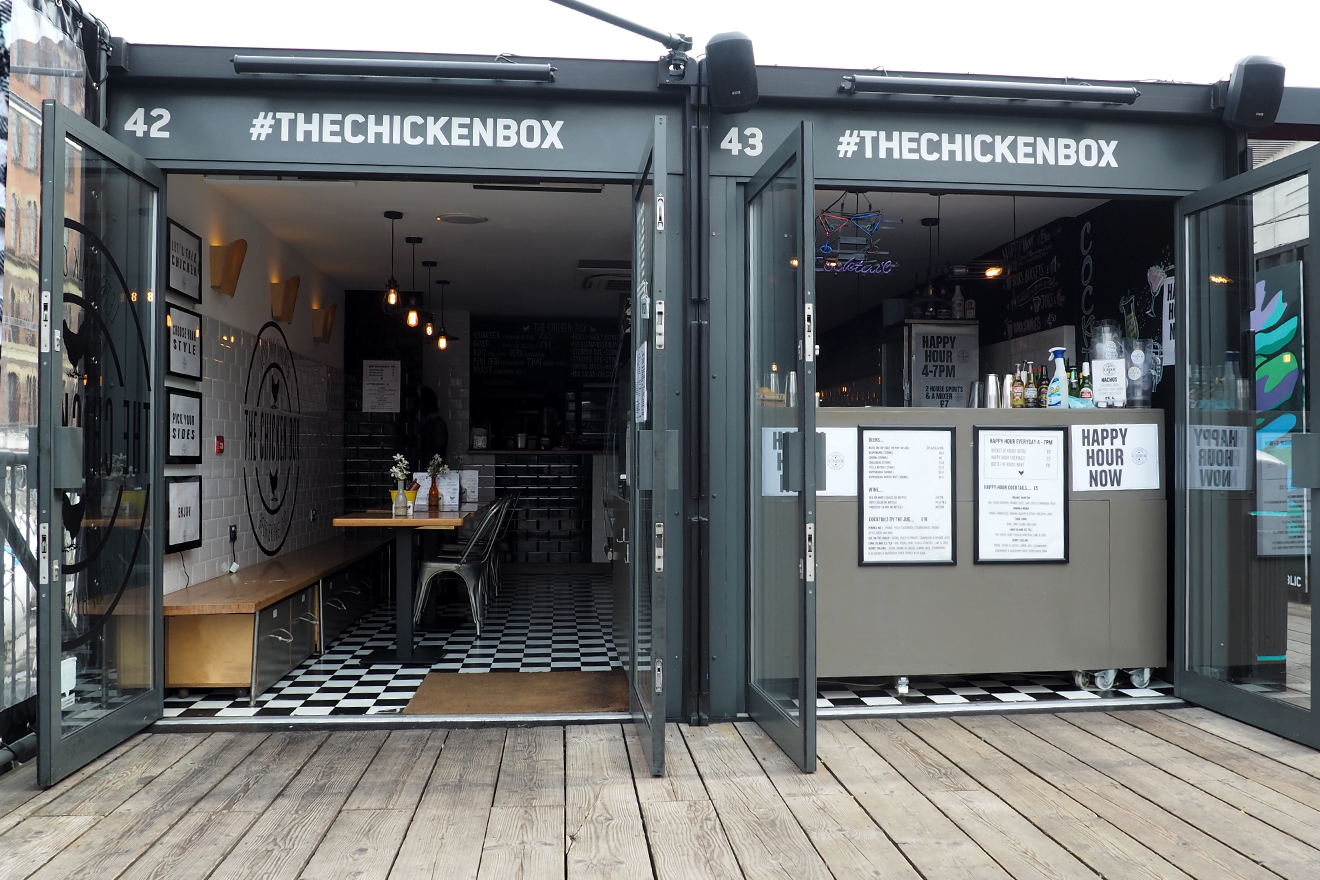 Again I stuck to non alcoholic, (Im starting to see a pattern here). 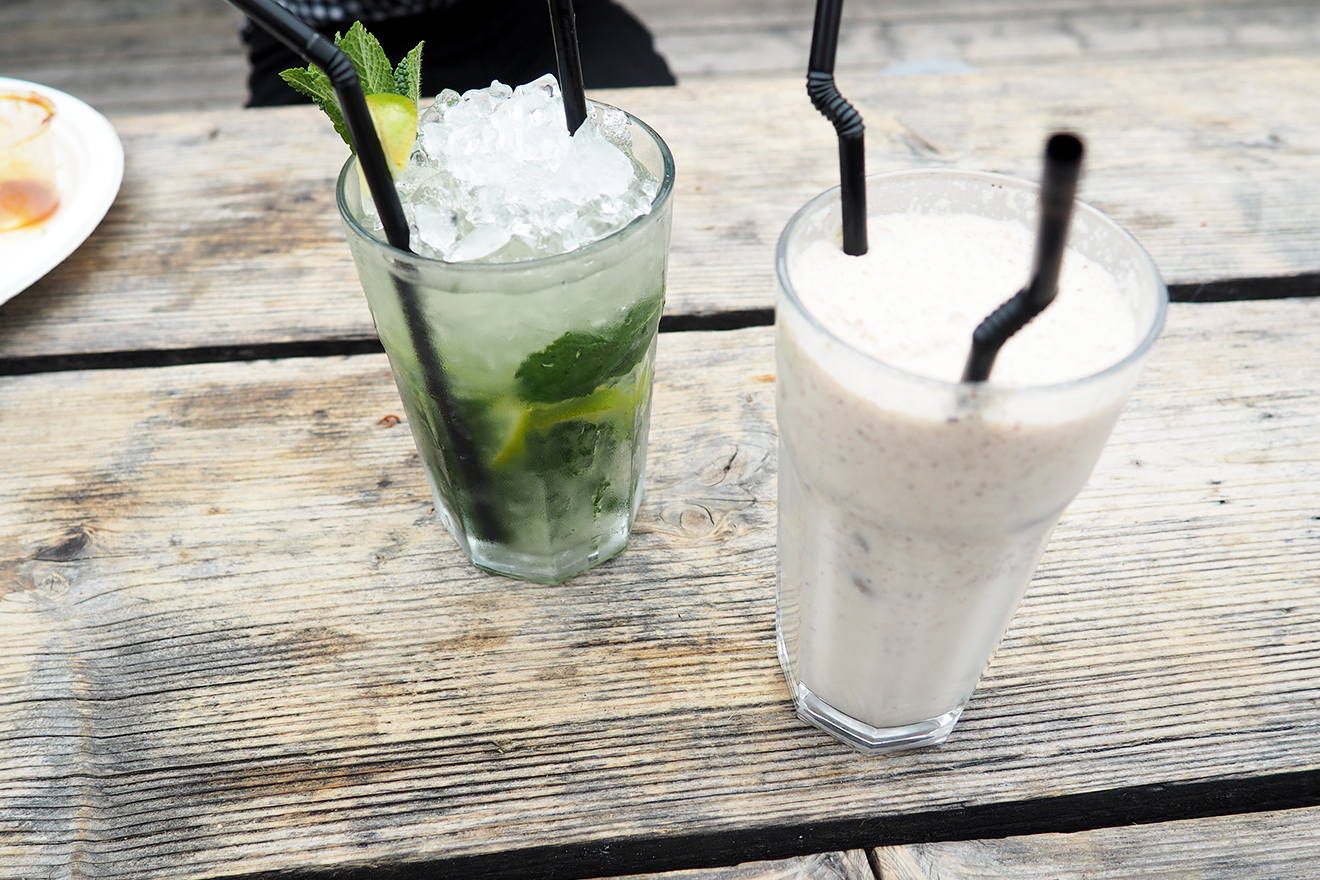 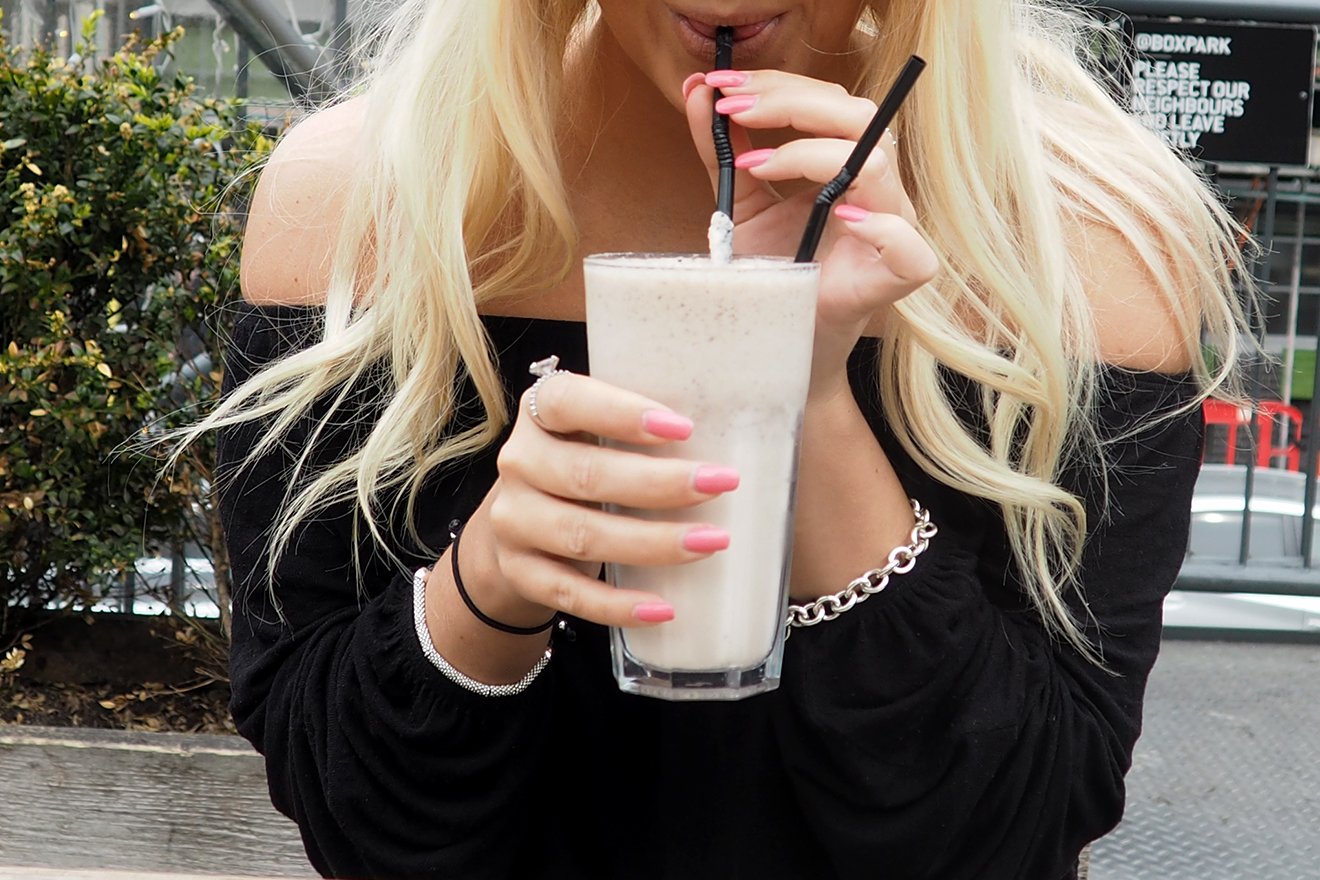 We sat chatting away, discussing how we should come to London more often and I rambled on about how scared I was to get the tattoo we had booked later on in the day. 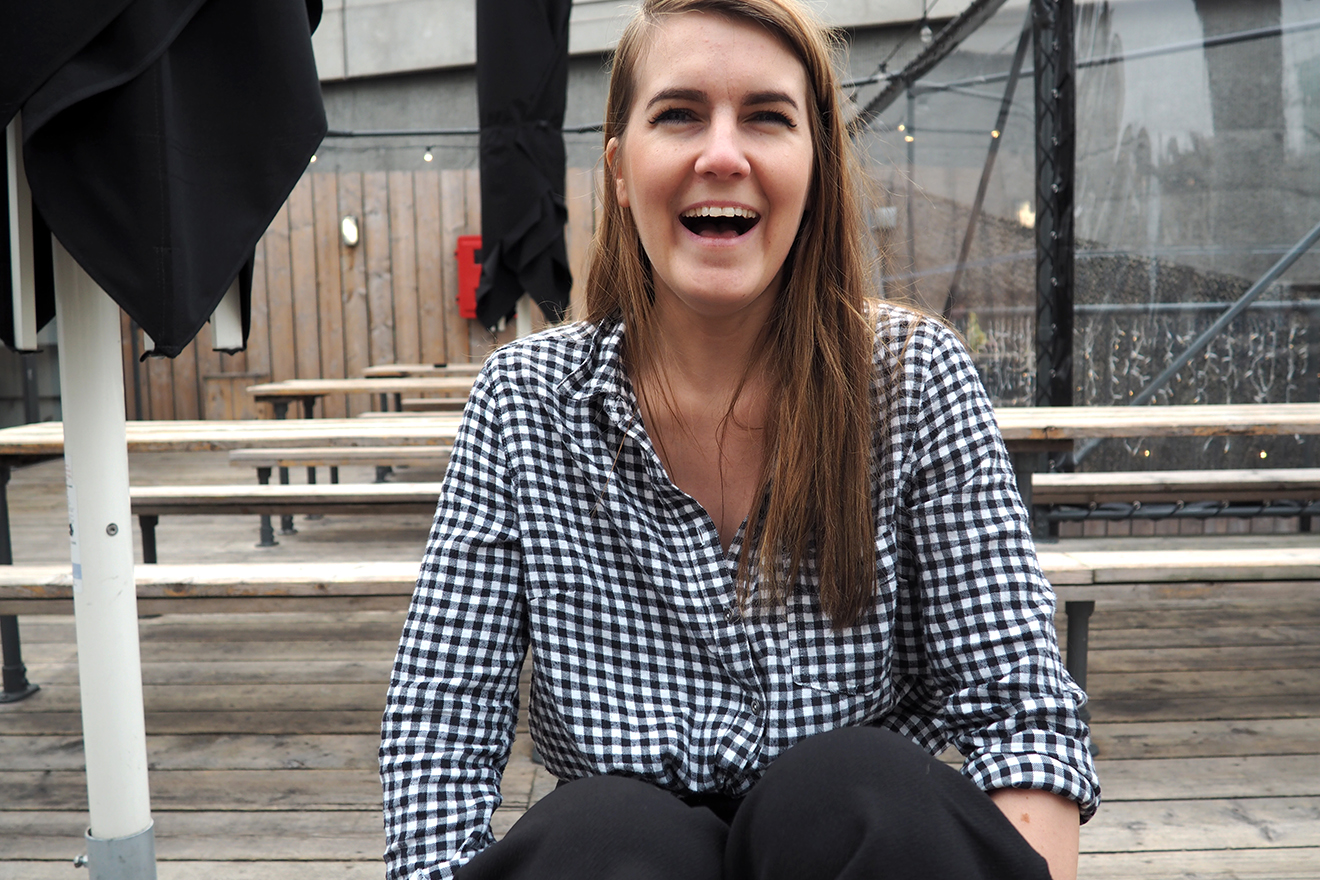 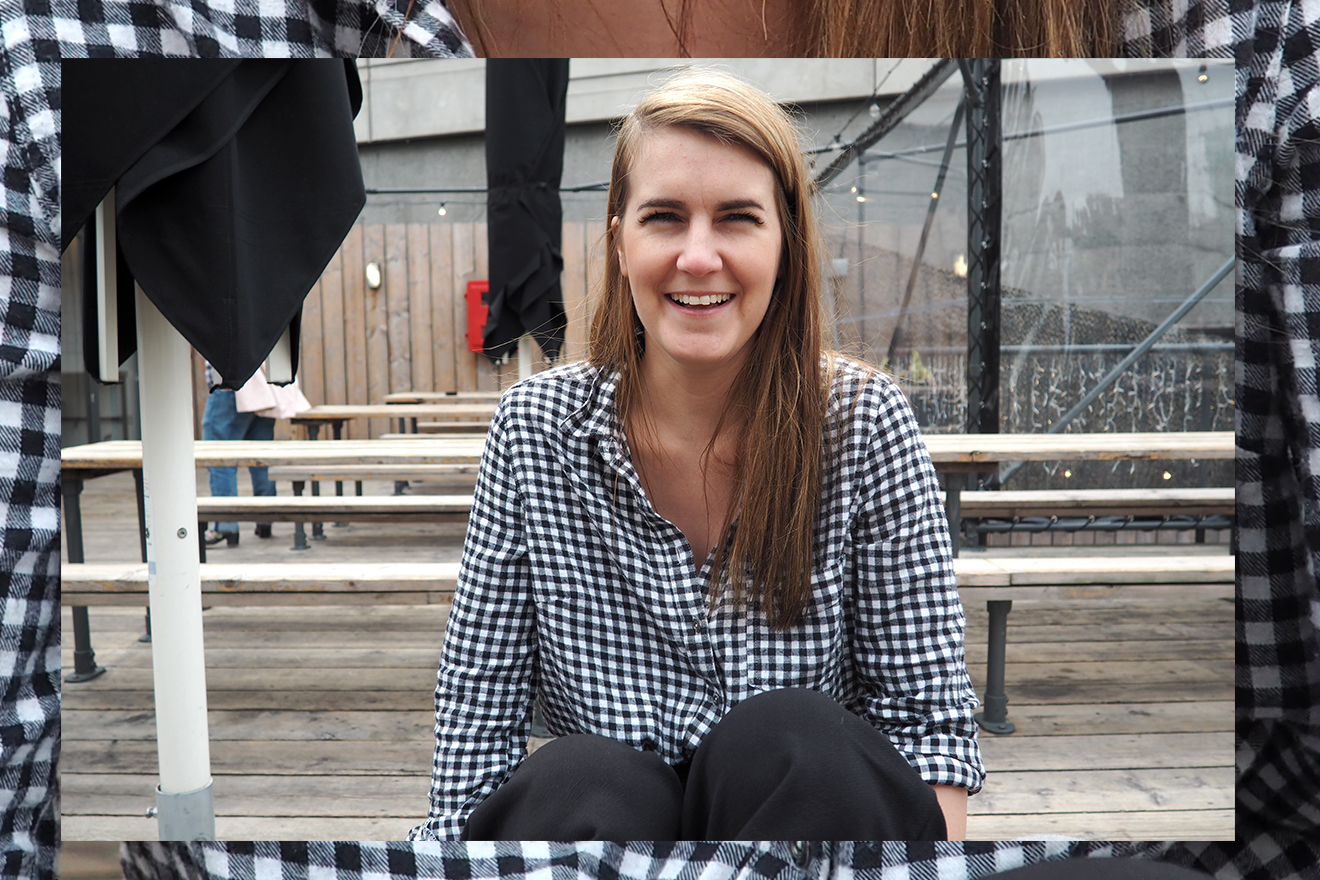 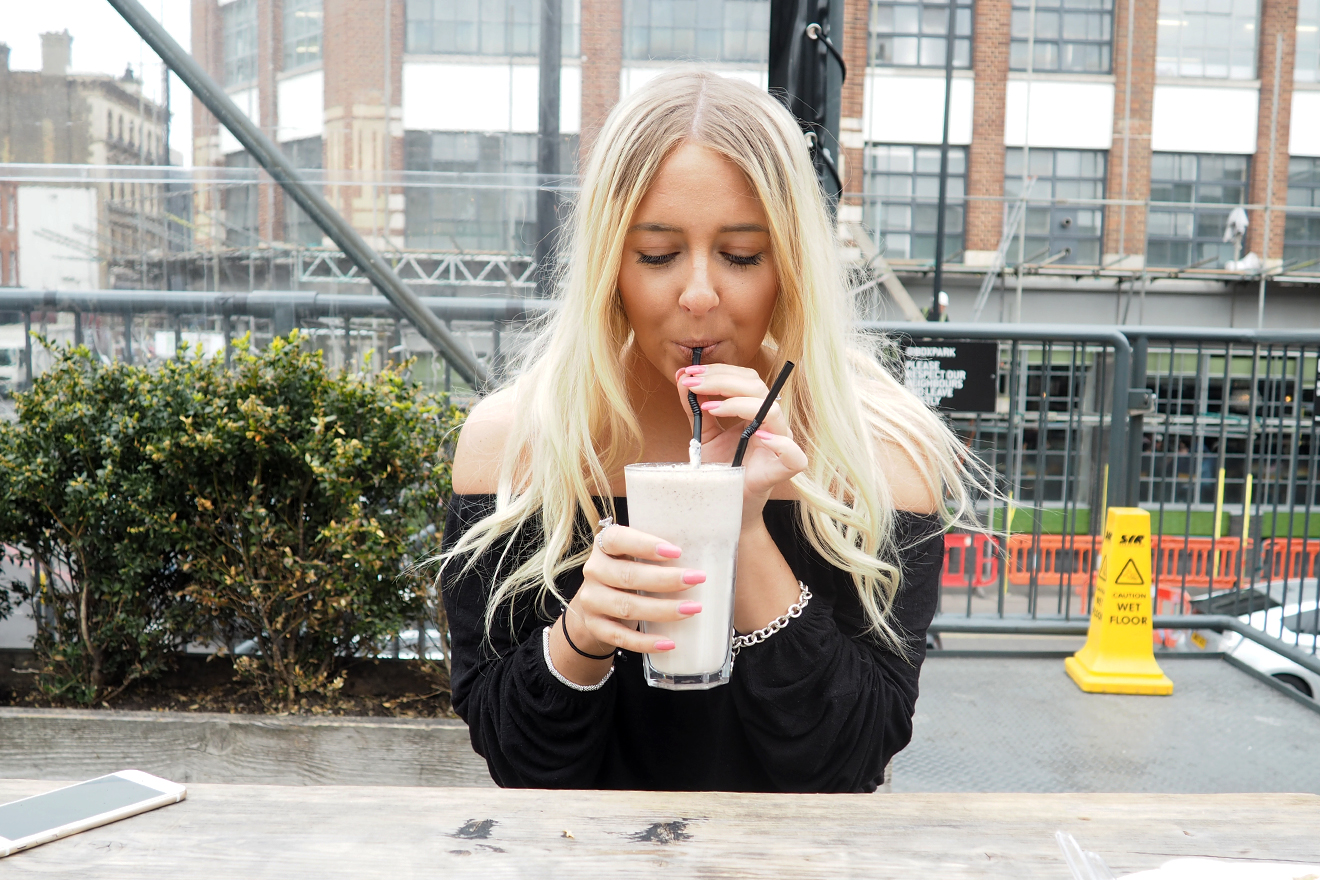 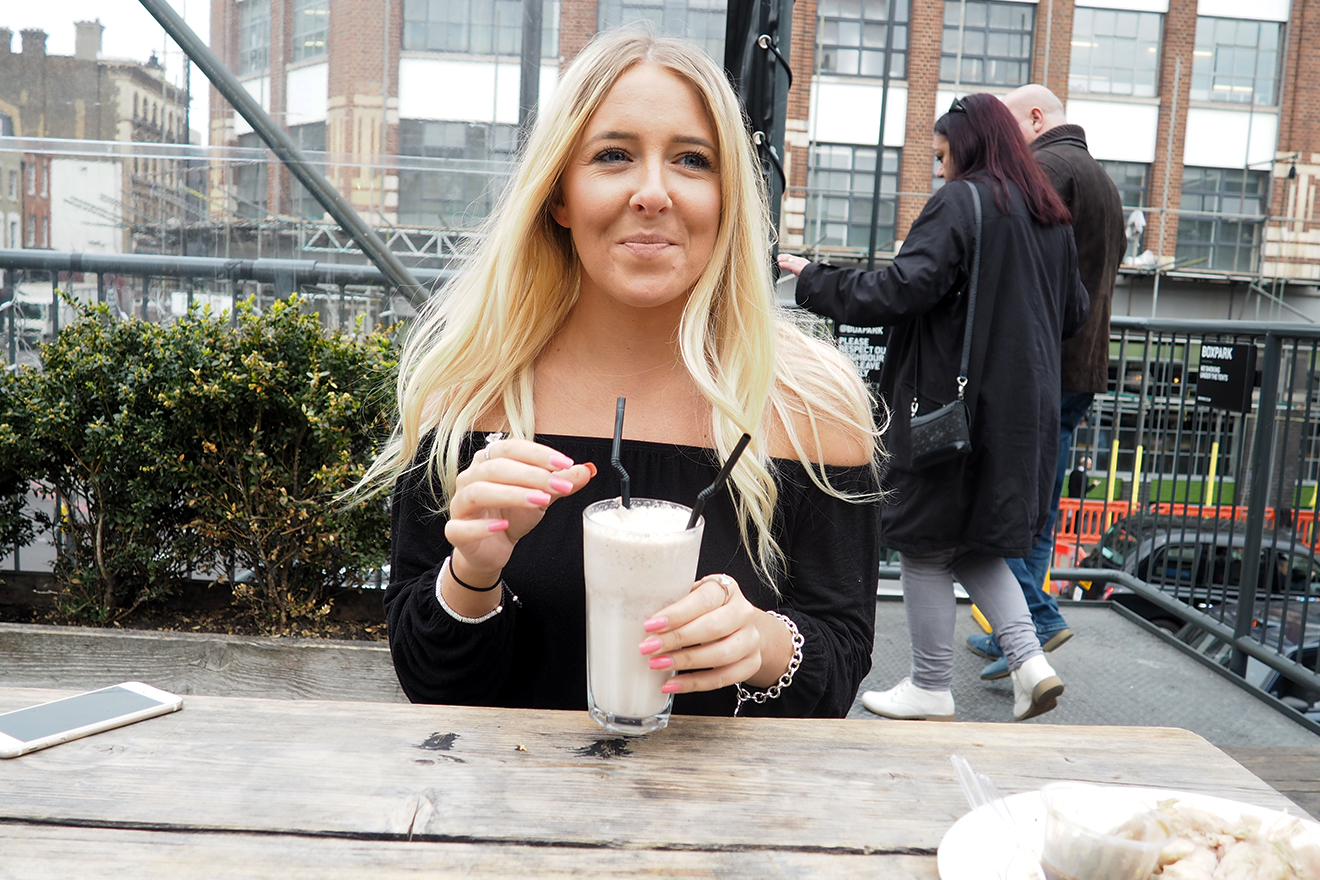 Unfortunately my milkshake didn’t bring all the boys to my yard. Instead our food arrived and we tucked in.

Chicken and chips – it wasn’t quite Nando’s. 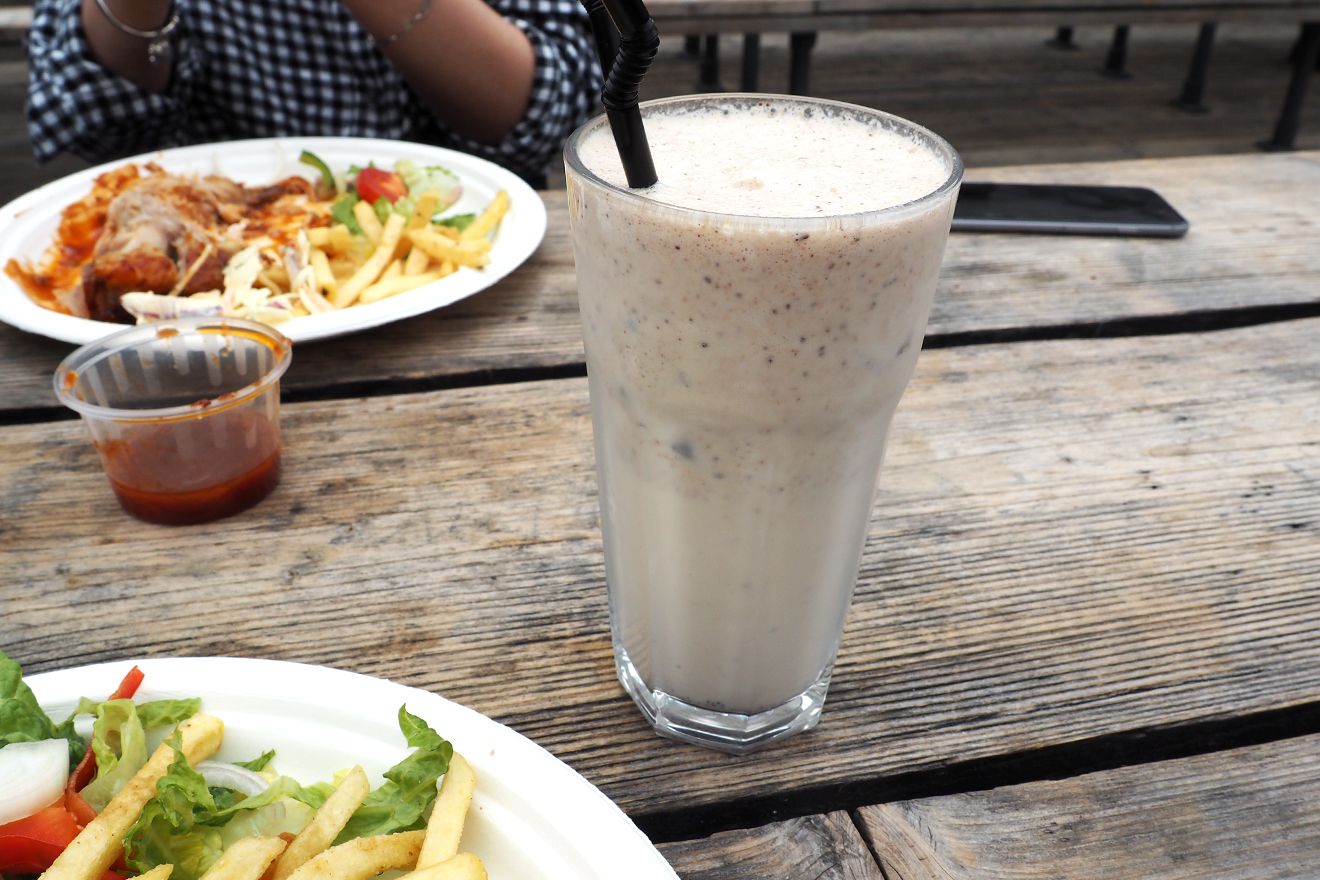 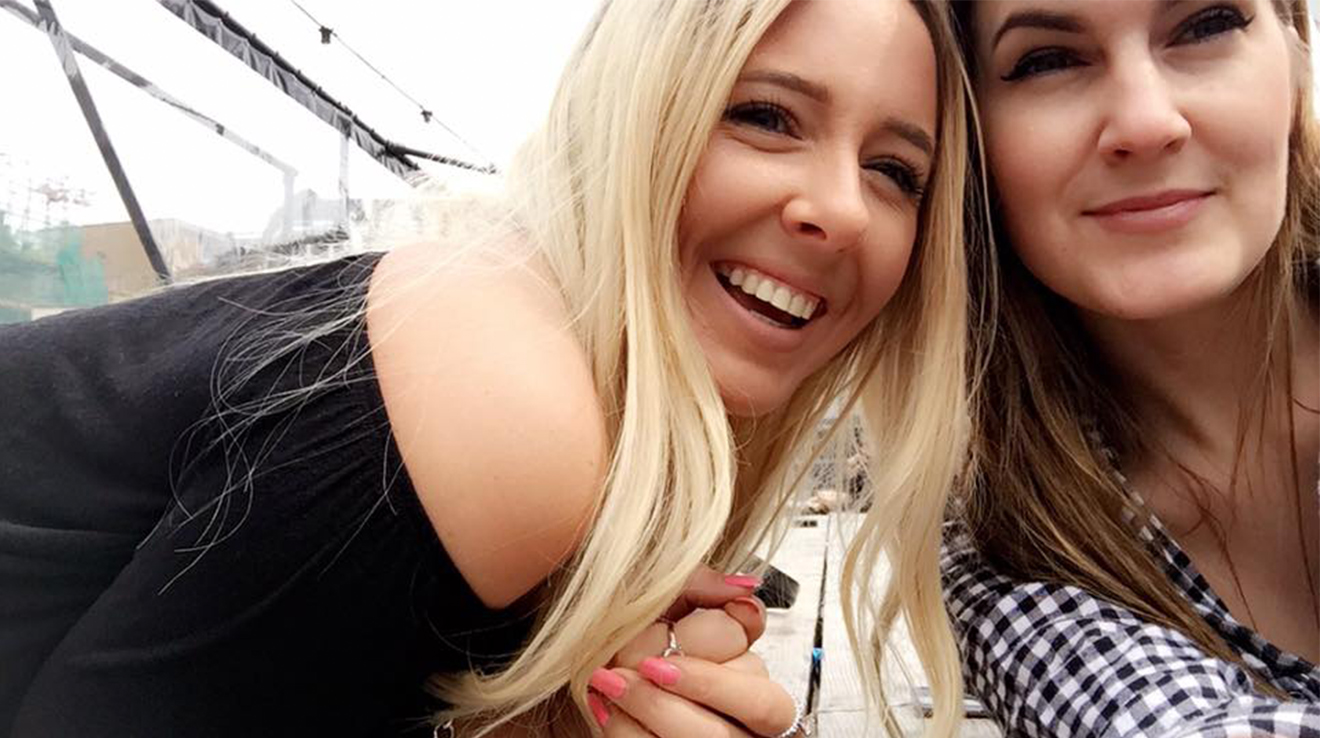 We had a few hours to spare before having to go to the tattoo parlour. So we strolled along the streets of Shoreditch, visiting vintage shops and picking out the craziest things. 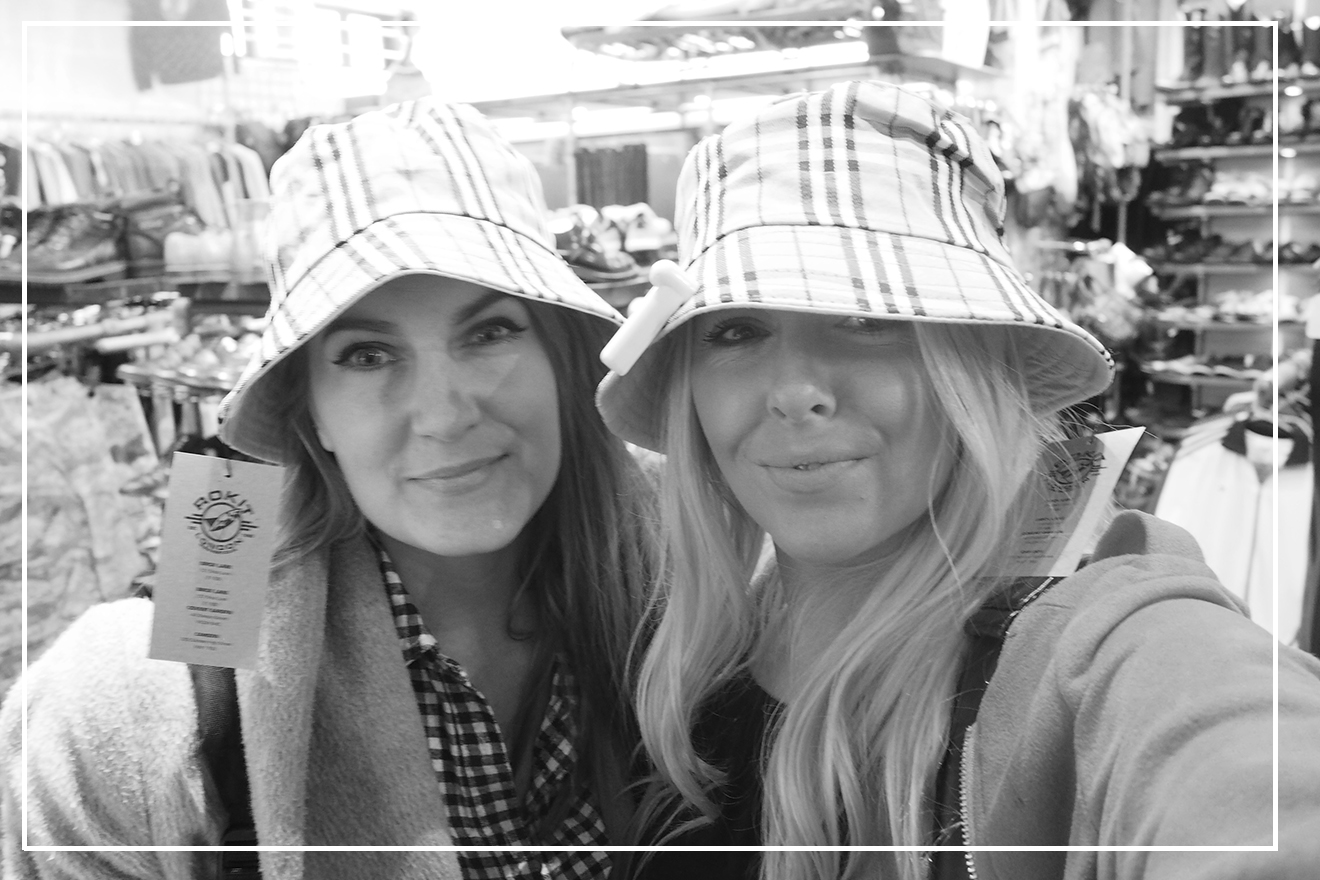 Before stopping for another cocktail at The Verge. This time I joined in. I needed some duck courage. The tattoo was getting closer. 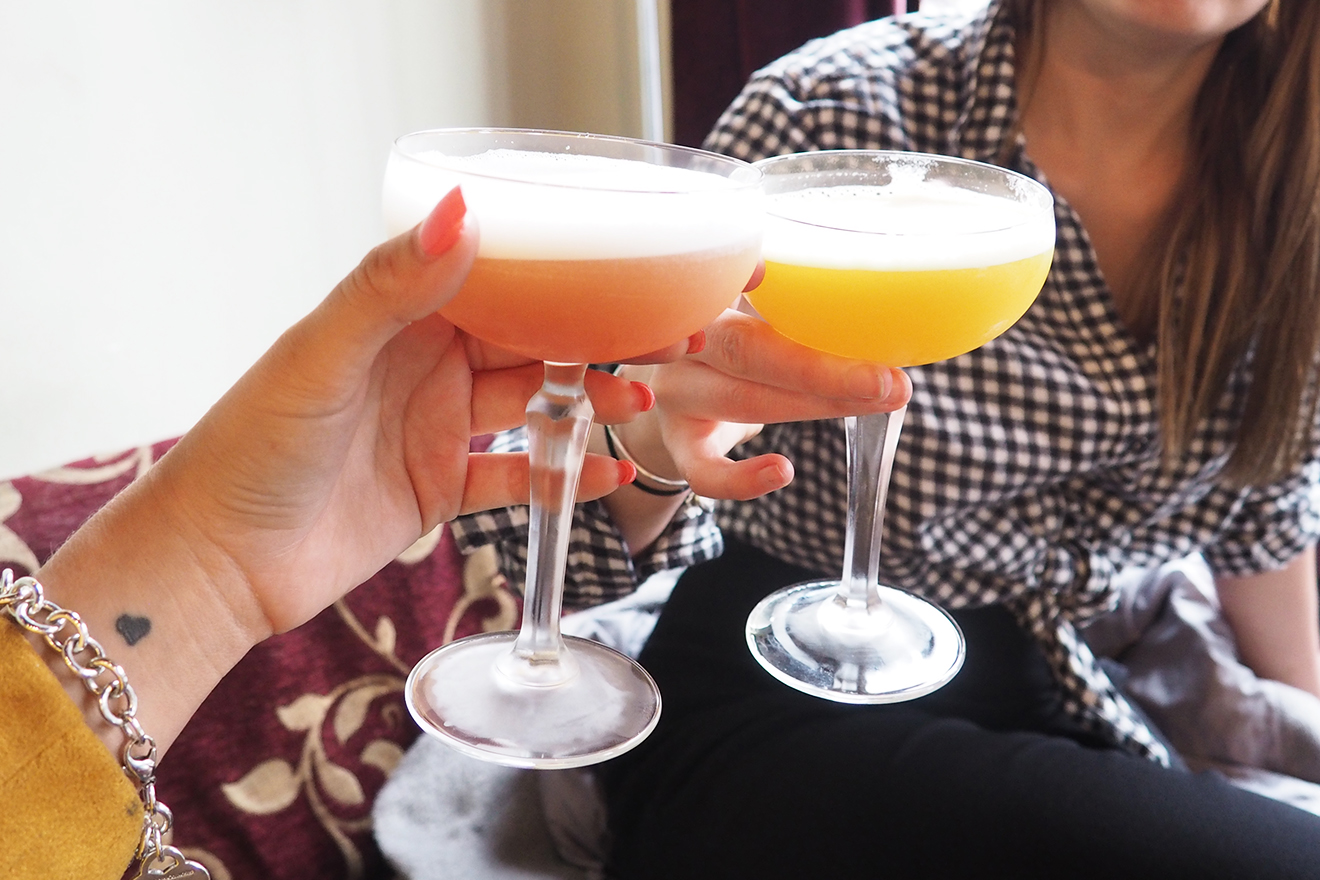 4:20pm crept up on us quickly. We walked in the rain to Happy Sailor to mark our bodies for life. Gifted with a huge umbrella from the guy behind the bar at The Verge – much appreciated and saved us from looking like drowned rats.

I waited, watching Rhi act so calm in the chair, listening to the needle go off and on. Her fear is flying, mines tattoos. 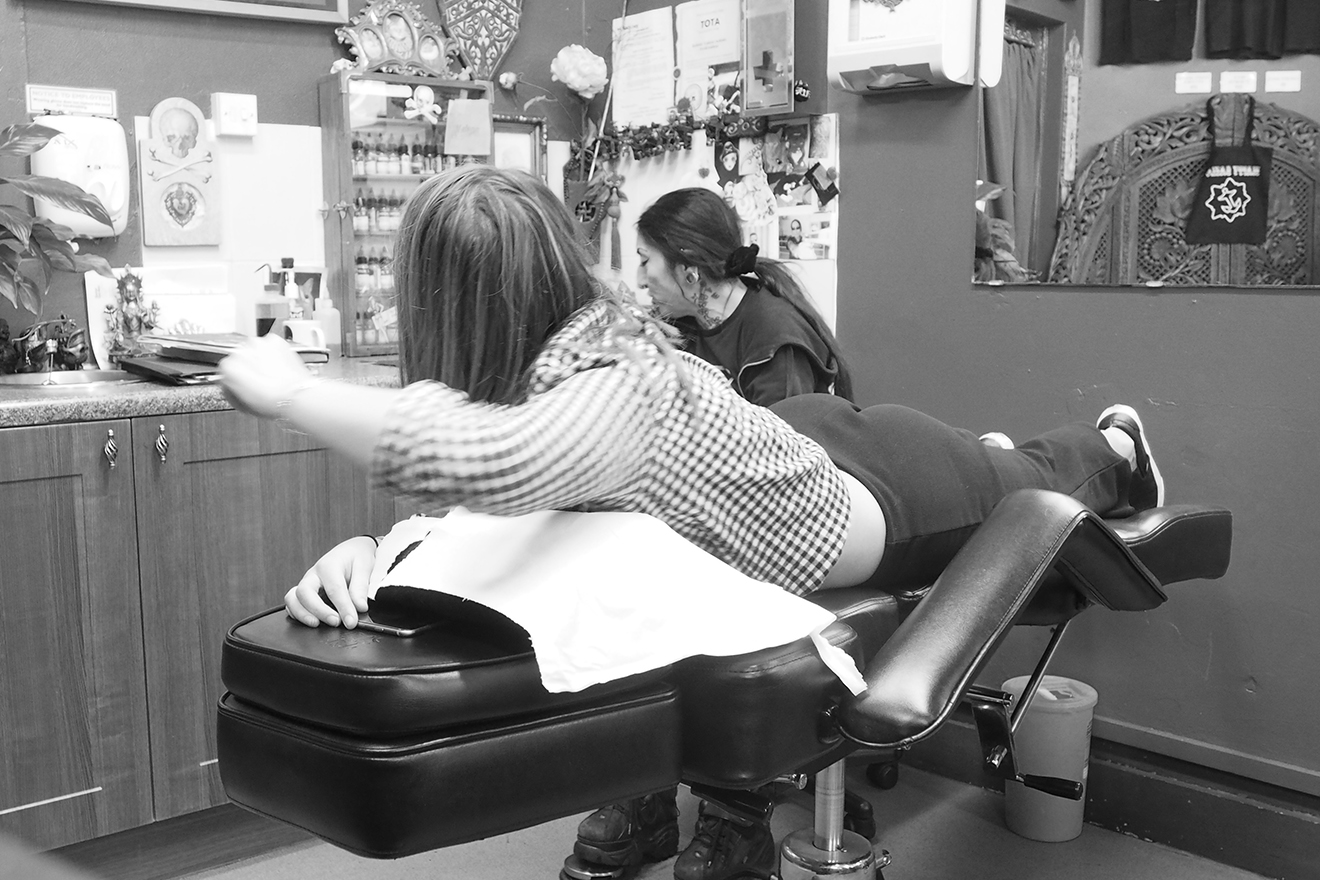 But I done it. Five minutes later, £50 shorter my crescent moon was placed under my collar bone and a colourful moth placed on the back of Rhiannon’s leg. 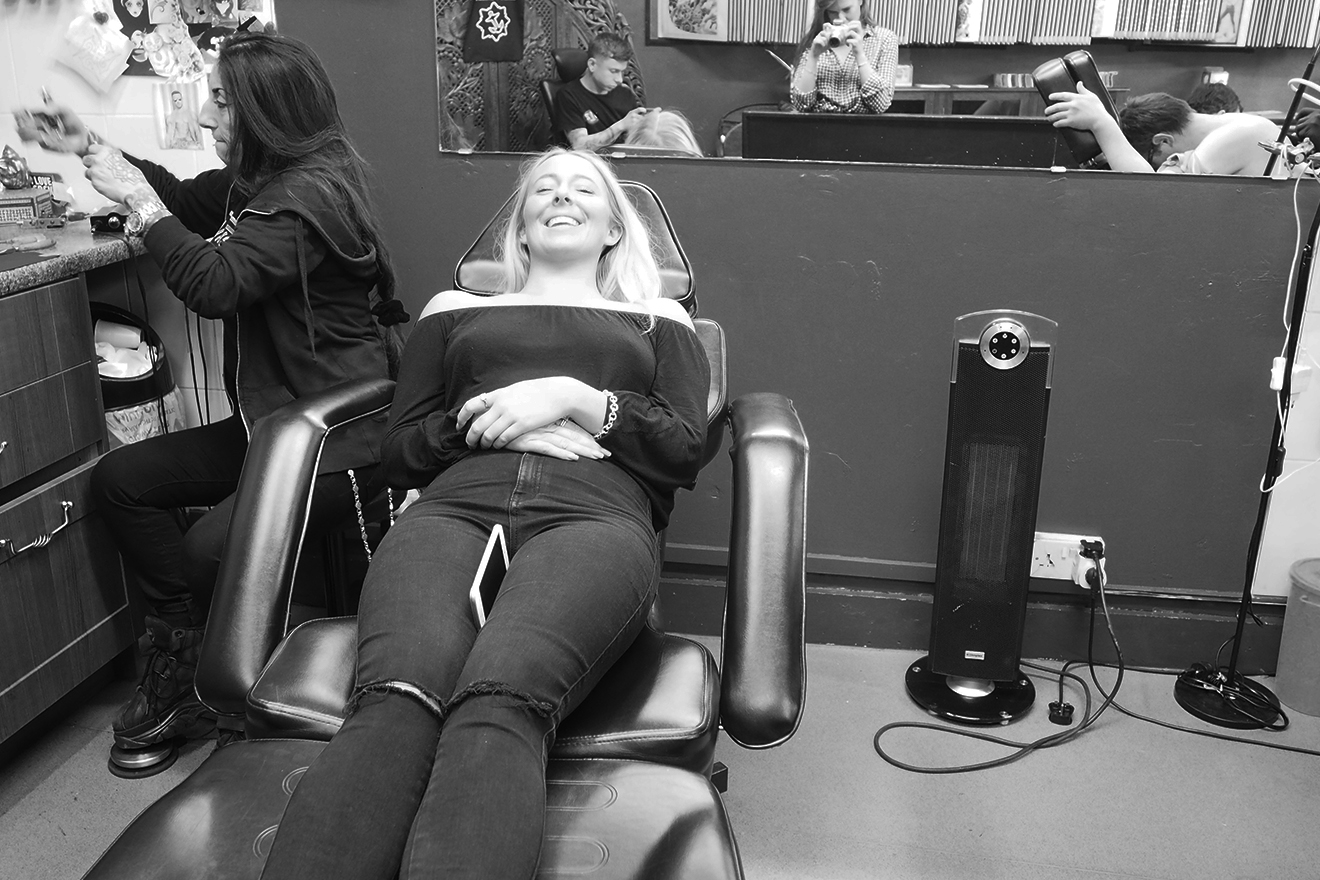 Filled with utter excitement that I actually went through with it, we saw a happy hour sign and couldnt resist.

The best thing about Shoreditch bars is (if they’re not rooftop) they are so attentive to detail. 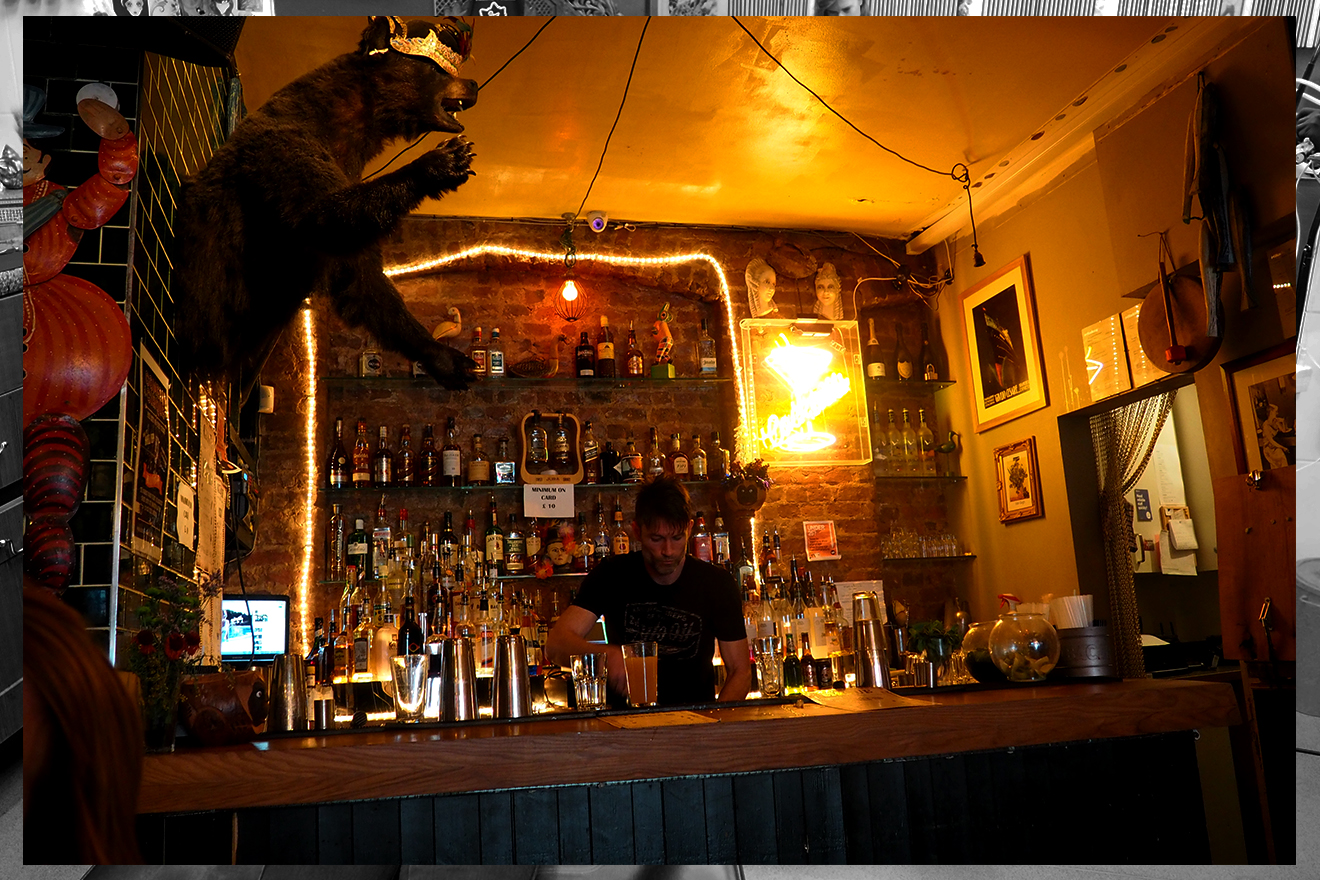 One for the way home. 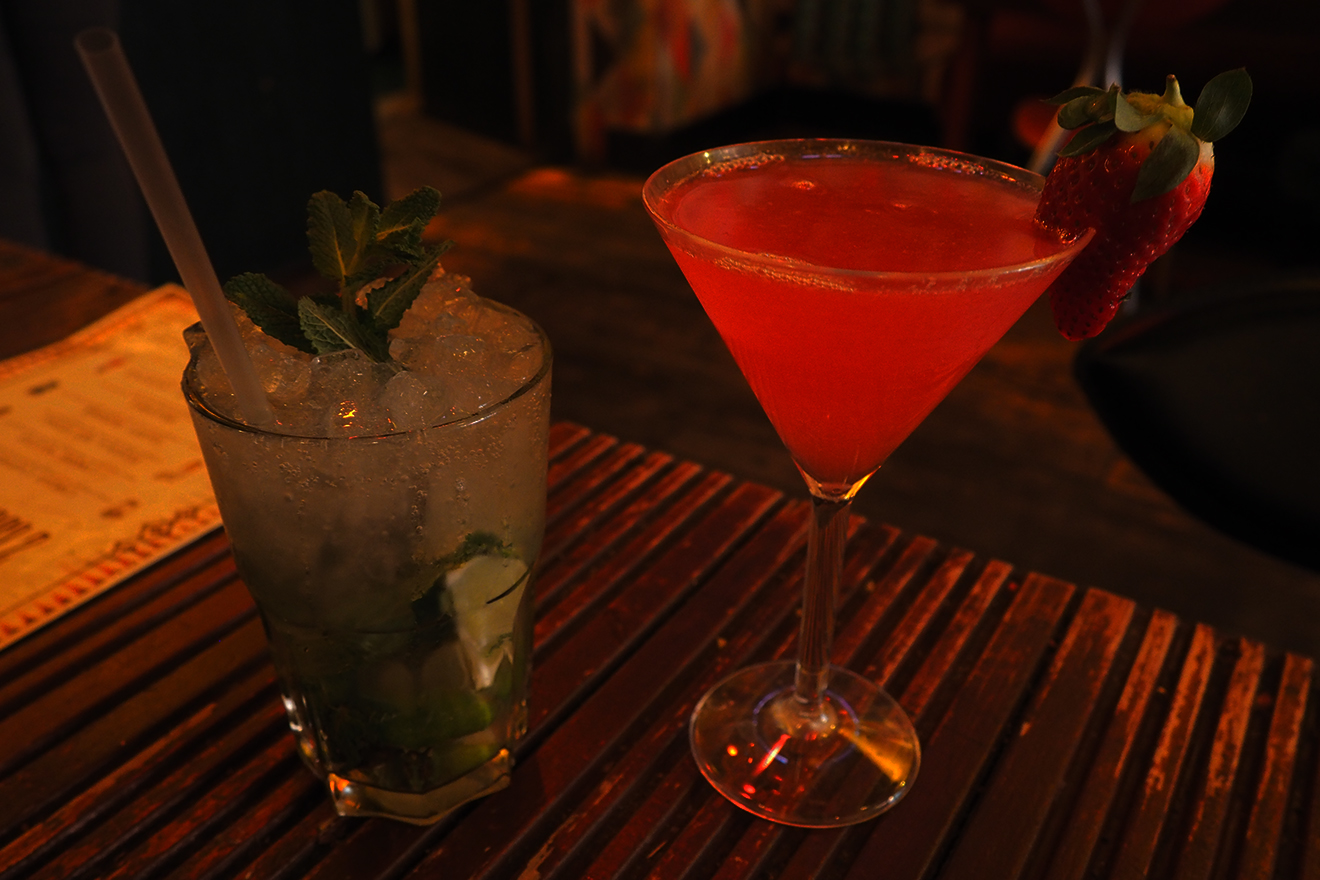 And another one. Why the hell not, I was turning 25 after all. 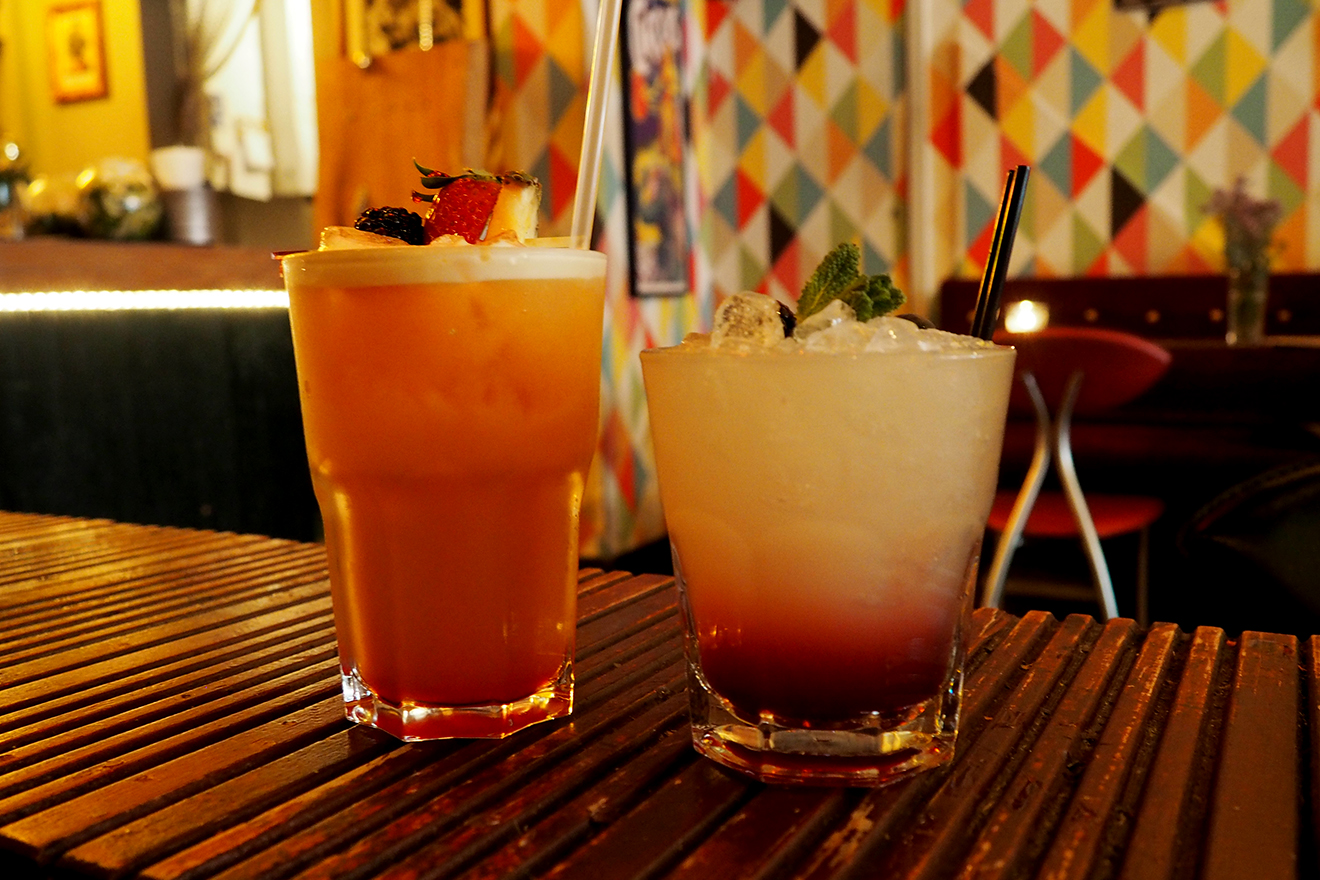 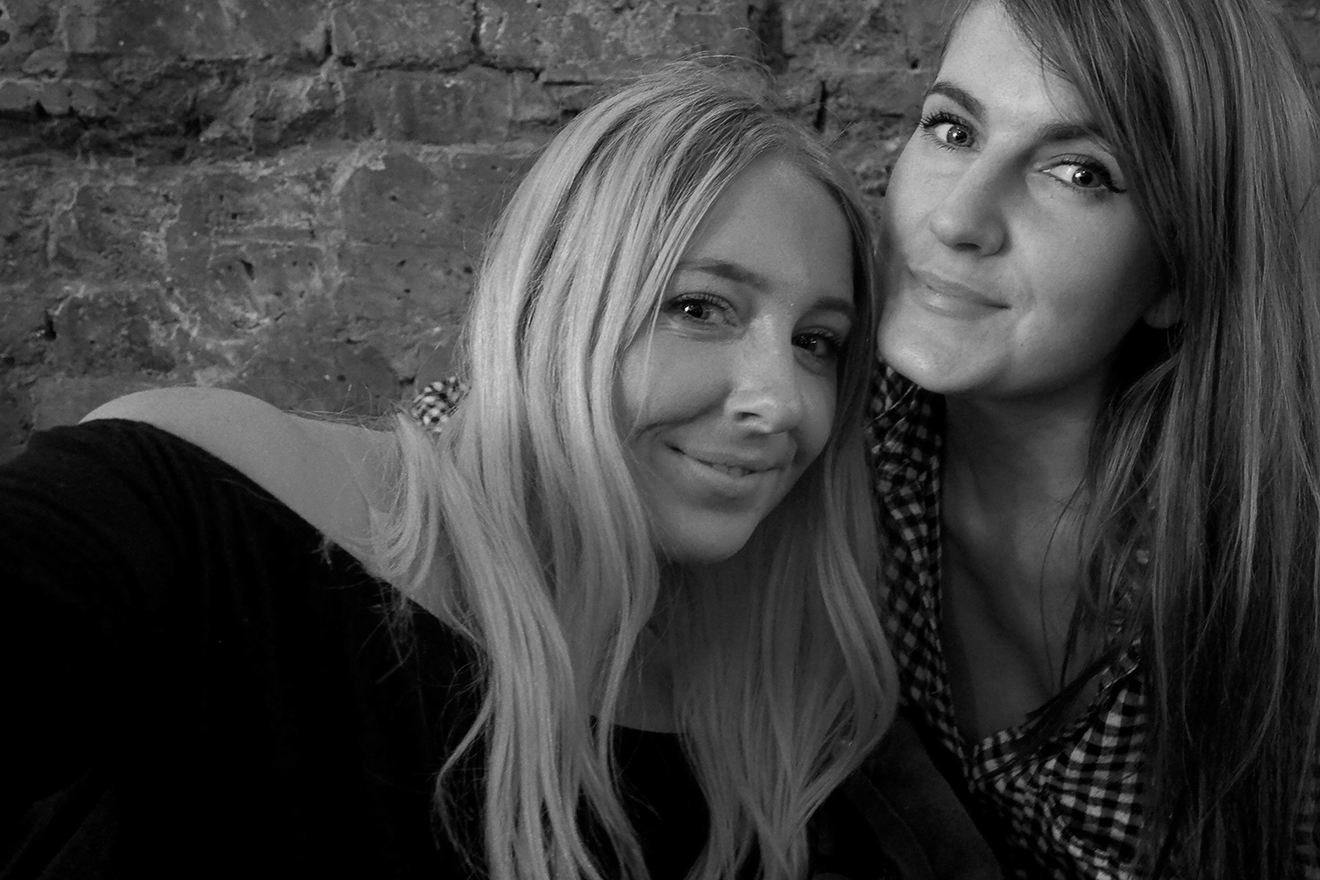 I would love to know where would you recommend to go, eat, party or sleep in Shoreditch,?